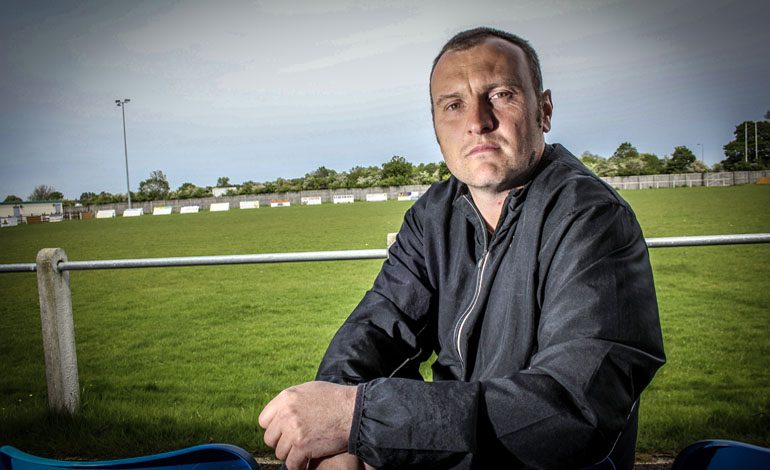 Dan Mellanby says Northern League side Newton Aycliffe need to take a leaf out of FA Vase finalists Stockton Town’s book – by promoting the town’s younger players right through to the senior team.

Mellanby, who has stepped down as joint-manager at Moore Lane Park this summer to concentrate on a new role for the club, wants Aycliffe to follow Stockton Town’s blueprint to help the club maintain its top-flight status.

The 39-year-old has been tasked with strengthening Aycliffe’s ties with the town’s two youth teams – building on the work he and first team boss Deano Brown have already done over the last 18 months.

Mellanby told Aycliffe Today: “We’ve all spoken about it, and it has got to be the way forward, for the club to survive – we have to be able to bring the youth through into the first team.

Click here to see our Video Interview with Mellanby

“You look at Stockton Town, they’re the perfect model for the Northern League. They have teams right through the age groups – they got to the FA Vase final last season and I think the majority of them are home-grown players, and in my opinion that’s the way we’ve got to go.

“Since me and Deano came in we’ve been trying to forge those links. We put the odd coaching night on here under the lights – playing under floodlights gives the younger ones a bit of a buzz – and we want to build on that work.”

Mellanby added: “It’s getting harder each season to sustain survival in the first division.

“From the top to the bottom the financial difference in clubs in massive, so it’s a great achievement to have secured that status again, and hopefully we can continue to progress.

“We’re new club still compared to a lot of the established sides in the league, not even 10 years in the Northern League, so it’s a fantastic achievement.”

Manager Deano Brown has appointed former club captain Sean Tarling and Andrew Jinks as his new assistant managers as he prepares for the 2018-19 season, which kicks off at home to Ryhope CW on Saturday August 4 (3pm).