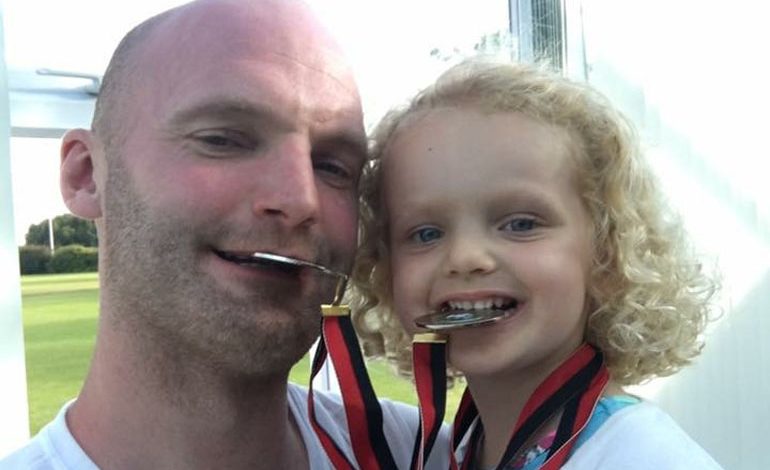 A charity fundraiser twice struck by Leukaemia has smashed his target of raising £30,000 – and has now set his sights on a new milestone.

Paul McGeary has relentlessly spearheaded the charitable push for Bloodwise over the past three years, since his initial diagnosis of Acute Promyelocytic Leukaemia back in November 2014.

Since then, friends, family and strangers have united to amass the remarkable amount, with the 35-year-old Newtonian now vowing to top a £40k target in the coming months.

The most recent contribution of £1380 was raised at the weekend as McGeary’s mother Mary Warke hosted a quiz night, with the assistance of Andrew Matthews, David Prior, Marie Matthews and Joanne Prior.

With over 100 people in attendance, quiz-goers challenged their General Knowledge as well as joining in with a raffle and spot games. An auction planned for the evening was postponed and will take place at a later date.

With the event boosting the total coffers to £30,192.23, McGeary proudly said: “To exceed the £30k mark at this stage is phenomenal. We were getting close but if I’m honest, I thought a quiz night would have its limitations.

“I was beginning to think of the next event which would carry us through the barrier, but credit to mum and her friends, they quietly had a target in their heads and they went for it.

“The night was great fun, and Dave and Andrew were the perfect comperes. The room was full, with people travelling from all over to support. It was fantastic to see.

“We won’t stop raising money and awareness for Bloodwise, and we now look at reaching the £40k mark. People come to me all the time with ideas – big and small – and we’ll give everything our full dedication and commitment.”

McGeary’s colleague Darren Smith is currently half way through a running challenge which has seen over £600 added to the pot to date, and several things are lined up between now and the end of the year.