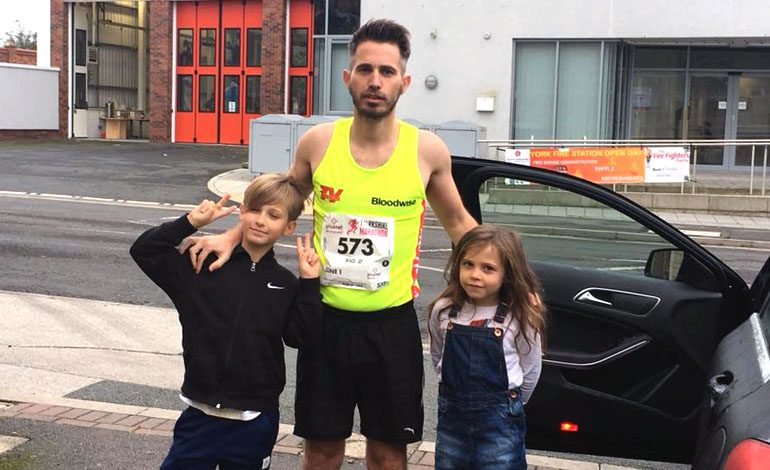 A charity fundraiser’s quest to raise £30k was aided in recent weeks as a former teacher training colleague ran two epic races to boost the pot by a huge £670.

Paul McGeary met 36-year-old Darren Smith seven years ago when they both enrolled on a PGCE course at Sunderland University.

The teachers stayed in touch over recent years and in the summer, Smith pledged to raise funds for Bloodwise – under 35-year-old McGeary’s well-known #NotOneInch banner – by running both the Great North Run and the York Marathon in quick succession.

Smith completed the first of the runs last month before tackling the gruelling 26-mile feat on Sunday, as McGeary’s fundraising efforts exceeded the £30k barrier with recent donations.

“I was chuffed to bits when Darren asked if he could help out,” beamed McGeary.

“I know from Facebook that he’s got back into his running in recent years and when he text over the holidays to say he wished to run it in our honour, I was only happy to have him on board.

“It’s absolutely remarkable to train for two runs in such a short space of time, and to complete them in the times he did. I can only envy Darren’s achievements. He should be proud of his times, the amount raised and for bringing awareness of our fundraising to the Stockton area. I can’t thank him enough.

“I’ll let Darren have the winter off before I challenge him to do something else in the Spring as we push on for £40k,” joked McGeary, who is still seeking fundraisers and ideas alike from interested parties or individuals.