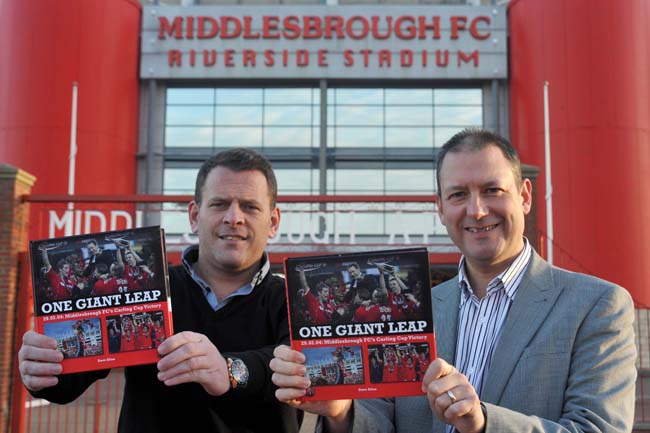 A Newton Aycliffe media company has won another contract to work on a sequel football book after the success of the first one.

Now the two companies will team up again to work on a sequel, about Boro’s historic venture into European football, which will be out later in the year.

Lifelong Boro fan and former employee Martin Walker, managing director of Mantis Media, will design the 200-page hardback book, which will be written by his ex-MFC colleague Dave Allan, formerly the club’s media and communications manager.

Martin said: “I’m delighted to be given another opportunity to take a trip down Memory Lane.

“As a Boro fan, working on One Giant Leap was a labour of love, but it was also a fantastic project for me to showcase my design skills.”

Mantis Media, publishers of Aycliffe Today Business, AT Monthly and www.aycliffetoday.co.uk, is based at The HUB on Aycliffe Business Park and offers an all-round media and PR service, working with an increasing number of local companies.

● More details about Mantis can be found at www.mantis-media.com