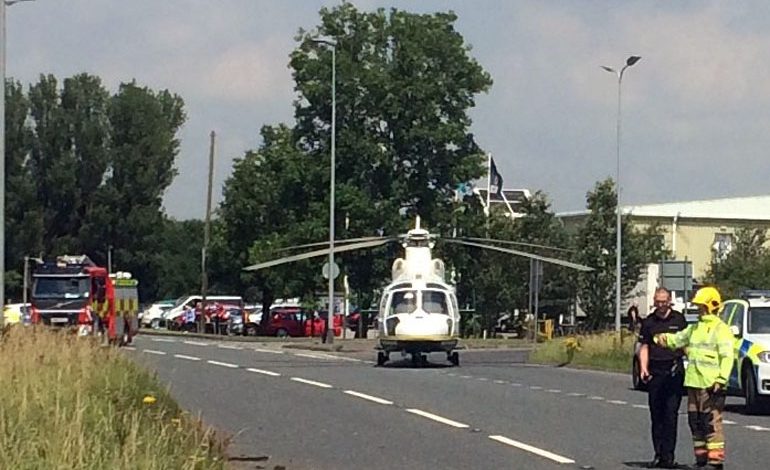 A man was airlifted to hospital with life-threatening injuries after a two-car smash on the outskirts of Newton Aycliffe.

The incident happened at around 12.25pm on Tuesday, at Burtree Gate, near the A1, and involved a Volkswagen Bora and a Vauxhall Astra.

The man, in his 20s, suffered injuries to his head, chest and pelvis and was placed in an induced coma before being airlifted to James Cook University Hospital in Middlesbrough.

The VW driver was assessed by the air ambulance doctor and paramedic team before being placed in an induced coma.

The flight to hospital took 14 minutes and his condition on arrival was described as critical.

The driver and passenger in the Astra are not believed to be injured.