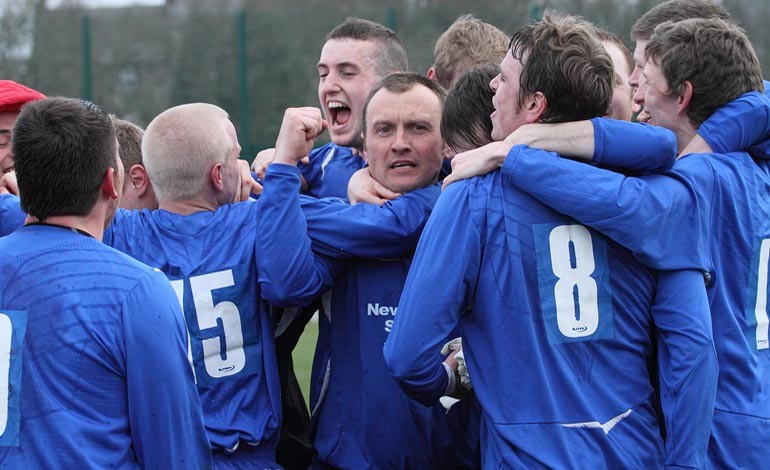 Dan Mellanby will make an emotional return to his hometown club when he brings his Northallerton Town side to Moore Lane Park this Saturday.

The legendary striker, affectionately nicknamed “Magic Man” Mellanby after his inspirational goals and performances during Aycliffe’s rise through the leagues, is now manager of the Northern League second division side.

Mellanby will have several former Aycliffe players in his squad when Town come to Aycliffe for the annual Frank Swinburne Memorial Cup on Saturday – Aycliffe’s first home pre-season friendly.

Frank, who passed away in 2013, was an enthusiastic and hard-working member of the Newton Aycliffe committee.

Among his many achievements was a famous sponsored walk to Northallerton with friend Peter Allison – which resulted in the annual friendly with Northallerton every summer.

Aycliffe began their preparations for next season with a large squad travelling to Crook Town last Saturday.

The visitors finished 1-0 winners thanks largely to a Paul Garthwaite deflected goal and an excellent penalty save from James Winter.

Manager Peter Dixon took the opportunity to test out as many of his squad as possible.

For Peck this was a return to the side after a serious injury sidelined him two years ago.

Meanwhile at the other end of the field Matty Moffat made his first appearance in an Aycliffe shirt.

After the Northallerton game Aycliffe have two more home fixtures: