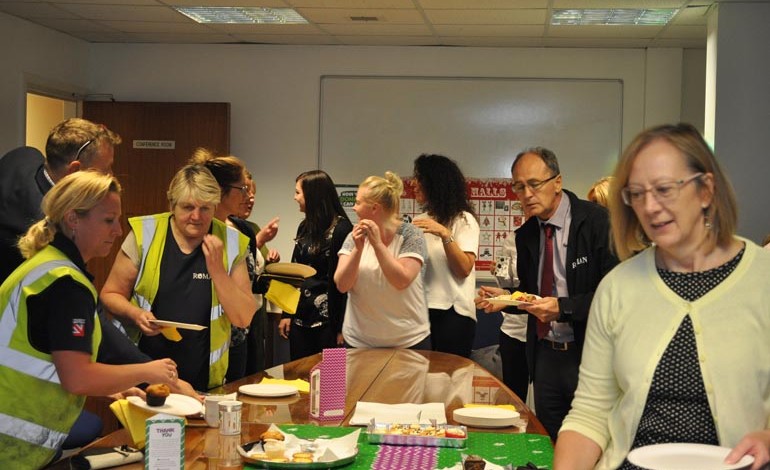 Roman is a huge supporter of the Macmillan charity and holds a coffee morning each year for their staff to get involved in and raise money for the charity.

This year they held a “Great British Bake Off” style competition, where Roman staff baked a variety of different sweet treats.

Roman chairman Gerry Osborne took the role of Mary Berry and judged the baked goods to pick a winner. The winner received an afternoon tea set with a bottle of Prosecco.

It was not only Roman staff at their Macmillan Coffee morning, Roman also invited their local suppliers, who brought cakes along and donated to the worthy cause.

Roman raised over £200 on the morning for the charity, to help go towards providing medical, emotional, practical and financial support for people with cancer.

The firm’s managing director David Osborne said: “We always encourage our employees to get involved in campaigns to help raise money for the fantastic and worthy causes and the generosity of our staff makes sure we raise a considerate amount of money over the year.”