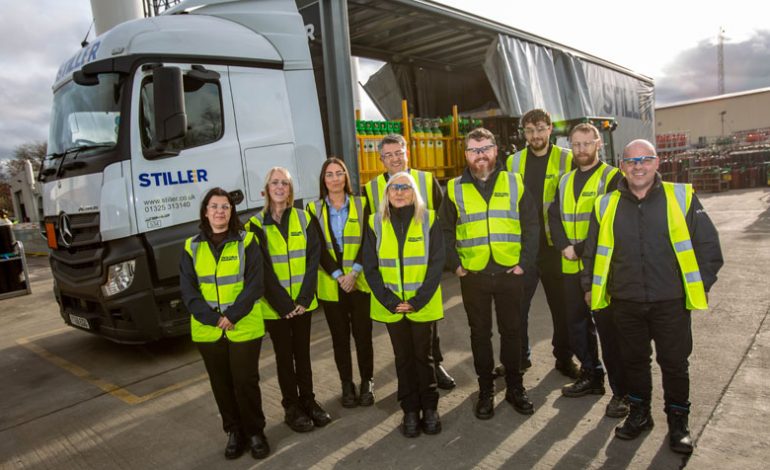 Logistics firm Stiller Warehousing and Distribution is already reaping the rewards of becoming the North-East distributor of a hazardous freight network.

The Newton Aycliffe firm has already won more than £100,000-worth of new contracts after becoming the regional member of Hazchem less than a year ago.

Stiller can now transport hazardous products around the UK and Europe after it teamed up with established national network Hazchem, which has 60 members around the UK, Ireland and in 28 European countries.

Hobbyweld’s products include a small but comprehensive range of welding and cutting gases which are supplied in a high-quality, easy-to-handle package. These cylinders are supplied to the end user via a network of independent retail outlets around the UK and Republic of Ireland.

All Hobbyweld products are refilled at their industrial gas plant in Westerhope, Newcastle, before they’re distributed to their network of stockists by Stiller, who collect and deliver to all regions of the UK, including remote locations.

Stiller commercial manager Lizzie Brophy said: “We’re delighted to be working with Hobbyweld and helping them to improve their services to customers.

Paul Robson, general manager for Hobbyweld, said: “Typically, industrial gas is supplied on a rental model, where an end user would pay a monthly or annual charge to use a gas cylinder.

“While this method is both convenient and cost effective for business users, the low volume user may find this monthly expenditure & complexity unwarranted.

“The only other alternative for a low volume user historically, was to use disposable gas cartridges. In addition to being larger and generally better value than disposables, our gas cylinders are re-usable and offer the user a greener option to these “throw-away” style products.

“Stiller collect and return empty canisters to be refilled for another sale Once a customer has a need for a refill, they would simply return to their local outlet and swap their empty cylinder for a full one.

“The fact that end users receive a professional quality product without a rental charge is the primary reason our business continues to grow.

“Typical low volume users include classic car and motorcycle enthusiasts who use the gas primarily for restoration, as well as small agricultural holdings, metal sculptors and artists.”

Hobbyweld has been working with Stiller now for several months, and Mr Robson added: “The relationship with Stiller had to be developed quickly.

“Stiller offered a professional, well-tailored solution for us – and it was very quickly evident that they had many innovative tools to help the new relationship. Their online booking system was particularly beneficial to our Hobbyweld team and brought some immediate efficiency to that part of the process.”

• Pictured above: Employees from Stiller Warehousing and Distribution, who help Newcastle firm Hobbyweld move gas cylinders to people around the UK.