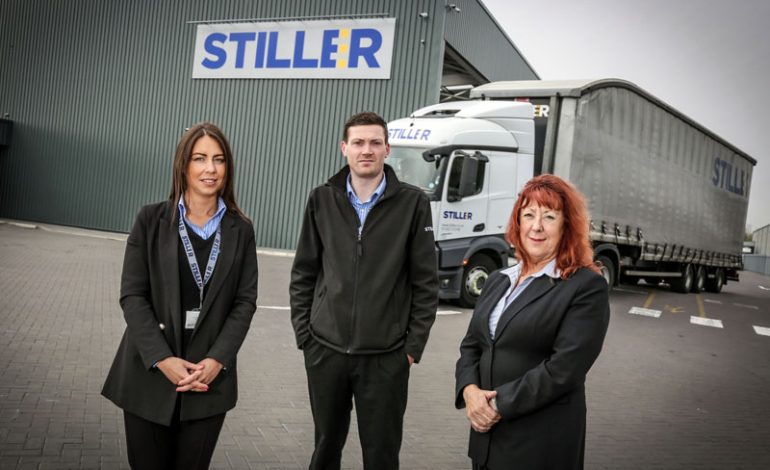 Newton Aycliffe logistics firm Stiller Warehousing and Distribution can now transport hazardous products around the UK and Europe after teaming up with an established national network.

Family-run Stiller has joined the Hazchem Network, which has 60 members around the UK, Ireland and in 28 European countries.

Stiller has signed up to its membership and expects the deal to be worth at least £500,000 a year initially, while the Aycliffe firm hopes to employ three-to-five new drivers.

The firm is also hoping to tap into the strong chemicals and coatings sector on Teesside.

Commercial manager Lizzie Brophy – pictured above (left) with Stiller distribution trunking and warehouse manager Darren Holliday with Hazchem network director Nada Marinovic – said: “This is a big deal for us which will expand our capabilities and offering to existing and new customers.

“We hope it will open up new business opportunities for us, particularly in the Wilton and Haverton Hill areas of Teesside. There are quite a few reputable coatings businesses that we would seek to support with this new service.

“It will create between three and five new driving jobs and we’ve also spent more than 200 hours on training for staff, while we’ve also employed a new health, safety and security manager to help support the complex requirements that being a Hazchem member will involve.”

Hazchem recently moved to a new 10-acre site at the former Triumph motorcycle factory in Hinckley, Leicestershire, to cope with demand after enjoying 27% year-on-year growth.

The network system currently handles 1,800 pallets a night and around 500 packages or parcels.

“Our intention is to continue to expand the business and to bring on board more companies that have the pedigree and ethos that Stiller bring with them.”