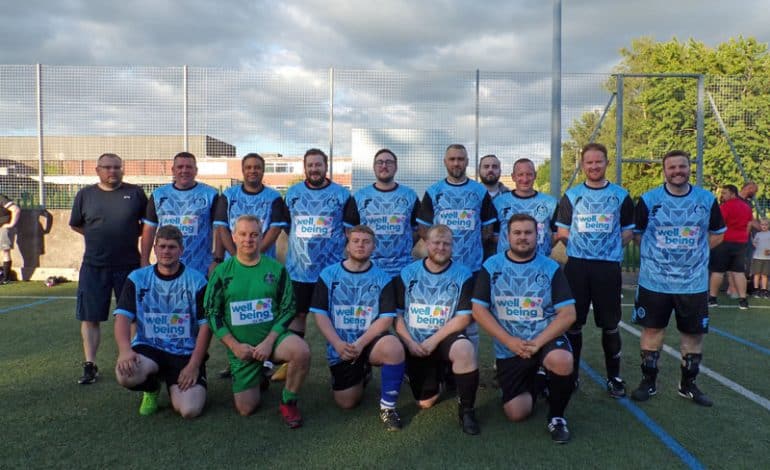 A local ‘The Man vs Fat’ group delivered by Well Being For Life (WBFL) has just come to a close, with the team scoring goals and losing pounds!

The lads that attended the group took part in fun fuelled football matches and lost a staggering 136.4kg between them.

To add to their success, their football skills saw them win the league.

From this victory, the lads will be playing in the England training ground, St George’s Park in September.

A presentation was held to celebrate the end of the season, with six awards handed out, including the ‘Biggest Loser’ Award, given to Charlie Whitfield, who lost an amazing 22kg this season!

Charlie Whitfield said: “It’s definitely helped me mentally and physically, we are all conscious of what we look like, being involved with Man vs Fat you don’t need to worry about that, we are all there in the same boat looking for the same goal.”

It seems this is just the beginning, as members have formed their own 11-a-side team. WBFL look forward to seeing updates from the lads, and hopefully spot a few games soon.

Working together to combat cancer in County Durham