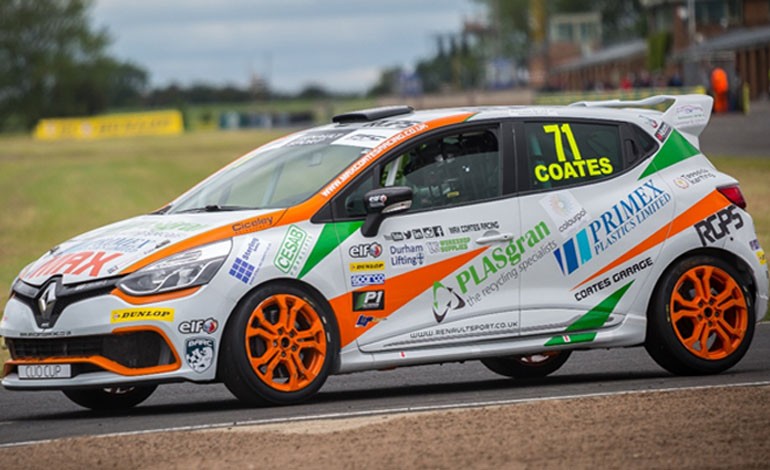 After taking his maiden podium at the fourth round, Oulton Park, he gained support from 11 local businesses and Primex suppliers who ‘sponsored a tyre’ for his local round at Croft Circuit.

As well as having their logo on the racing car the firms received weekend passes to support Max at Croft.

Various guests came along to support Max over the weekend and in doing so strengthened relationships with Primex Plastics and each other.

Max, also sponsored by PLASgran Recycling, was on form and qualified seventh and fifth for the weekend’s two races.

The first race got off to a great start as he began making a charge through the field ending the first lap in third.

He then applied the pressure on Mike Bushell, a previous UK Clio Cup Champion, eventually taking the second spot on the podium.

The second race of the weekend was screened live on ITV4 and in front of more than 30,000 race day fans.

Straight into fourth at turn one he once again pressured Bushell into a mistake to gain third.

By lap five Coates was on the back of the leader and passed at the final corner to take the lead before holding it to the flag for an emotional and popular victory.

A jubilant Max said “What a weekend, I’ve enjoyed having the support of the local businesses that have sponsored a tyre and made it along to watch. It’s a dream come true to win at Croft, this is a day that I will remember for a very long time.”

The double podium and maiden win moves Max to 4th in the championship and just one point away from third.

The series now takes a break before the next round at Snetterton, Norfolk, on the 30th and 31st July.

Max is opening up his £350 sponsor a tyre scheme to the remaining rounds this season. 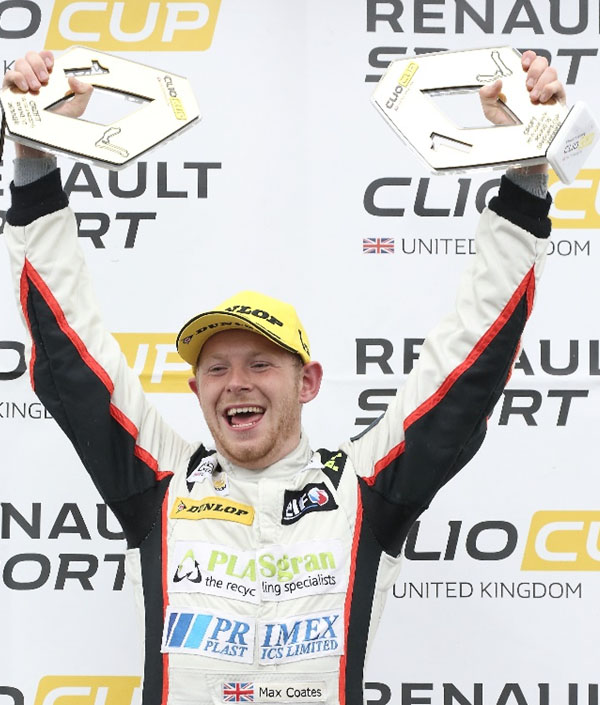