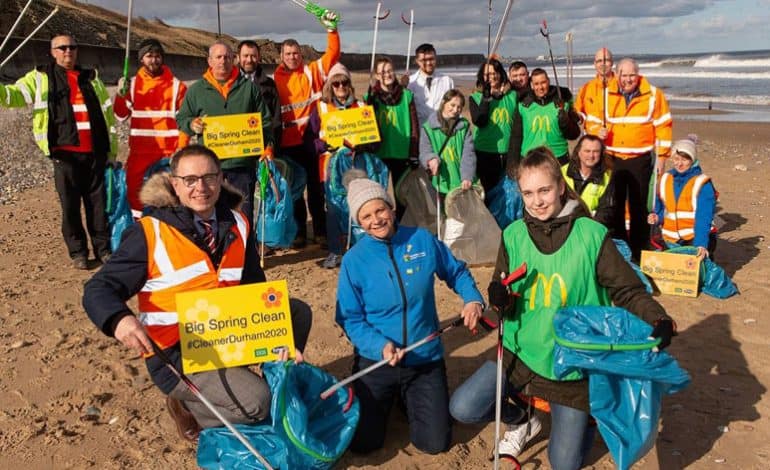 The local authority achieved success at the Keep Britain Tidy Network Awards, winning Litter Initiative of the Year for its efforts to use education to help tackle the issue.

It follows the development of an e-learning course which the council offers to people over the age of 18 who have been issued with a Fixed Penalty Notice (FPN) for littering.

The course is a voluntary alternative to the fine and can be completed online, either at home or in a local library, and is similar in principle to the speed awareness courses offered by police forces.

In the last year, the authority has issued 823 FPNs for littering. A third of those fined have agreed to take part in the interactive course, which features quizzes, games and videos of local residents and professionals discussing the issue.

It highlights the immediate harm of littering as well as the wider impact on communities, the cost of collecting the litter and what individuals can do themselves to help tackle the problem.

“We understand that this is a key concern of our local communities and we are determined to make a positive difference.

“We already do a vast amount of work in schools to educate our children about the impact of littering and were keen to take that further.

“Through education, we can help change the hearts and mindsets of those who have offended and promote long-term changes in behaviours.

“So far, the course has received a positive reaction. A third of people in the last year have chosen to take part in the programme and their feedback highlights that we are able to change behaviours.

“Based on this response, we are now looking to expand our use of e-learning to help educate an even wider audience on a range of issues. This is something we look forward to developing in the near future.”