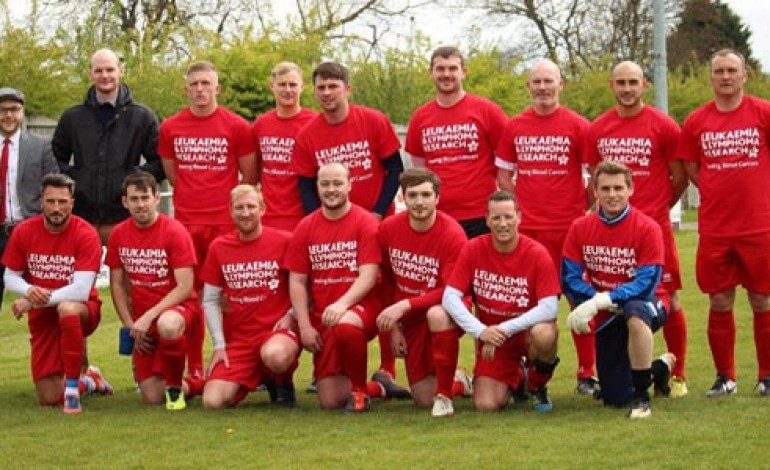 A charity fundraiser moved closer to achieving his target after a successful charity reunion football match.

Newtonian Paul McGeary pledged to raise £10,000 for Leukaemia & Lymphoma Research after he was struck down with Leukaemia in November last year.

Now he’s only £400 away from hitting his target after Saturday’s fun game raised a brilliant £912.

In the meticulously planned reunion, Newton Aycliffe players – past and present – came together under the stewardship of former team captains Sean Tarling and John Close.

Stars such as Dan Mellanby, Dion Raitt, John Shotton, Jeff Smith, Scott Pocklington, brothers Mark and Ben Wood and a host of others, graced Moore Lane Park once more in front of the 100-strong crowd.

The game, which resulted in a 2-1 victory for #TeamTarls (pictured above), was kindly sponsored by Aycliffe firm AC Door Systems who also put their name to the Man of the Match award which was won by the evergreen Ray Stanger.

In a separate event, another Northern League star Daniel “Bobby” Moore raised over £250 for the charity as he competed in the Stockton Duathlon on Sunday April 26th. The gruelling duathlon consisted of a 10k run, 40k cycle before finishing with a 5k run.

The grand total for the #NotOneInch charity now stands at a remarkable £9,589.53, just shy of Paul’s target, with several events still to come throughout the year, including the Tough Mudder assault course and a black tie ball. 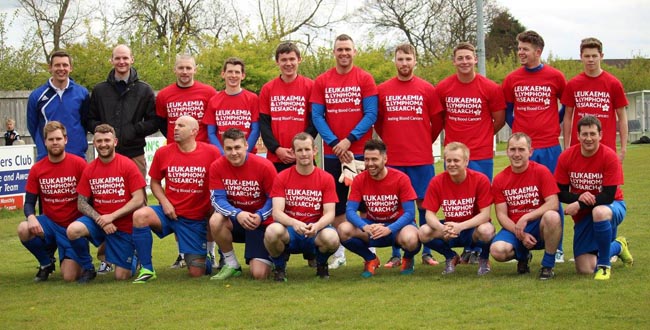 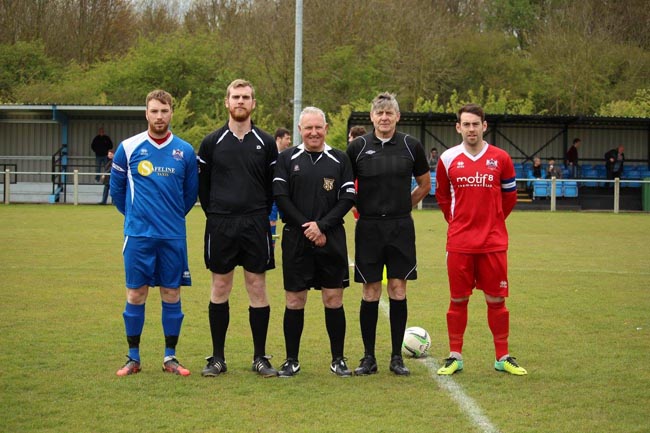