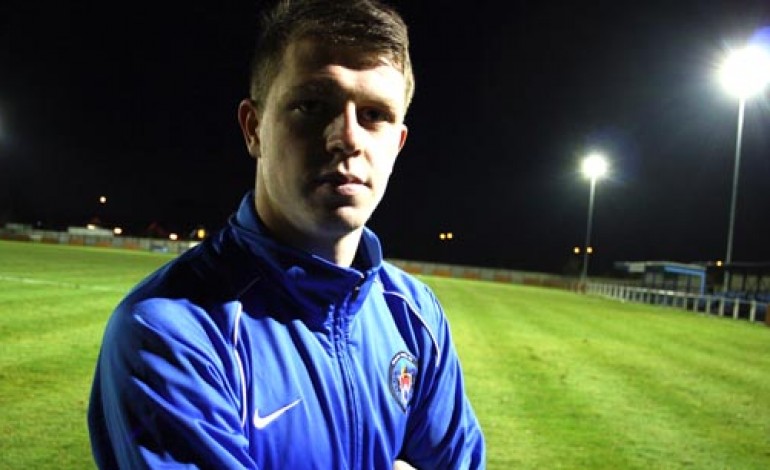 It is easy to forget that James Oliver, who has become a first-team regular over the last few years at Newton Aycliffe, is still just 19-years-old.

Asked if he’s been surprised to have played so many games already, Oliver Junior says: “It feels natural now. It’s just a normal thing.

“I made my debut when I was 16 in the second division and got the odd game here and there. I was just pleased to be involved then.

“But now playing in the league is just second nature to me. It’s a very tough league but I enjoy playing in it a lot.

“I hope I can make a lot more appearances for Aycliffe through the years.”

To see Oliver’s interview in full, don’t forget to grab your copy of the Aycliffe programme tonight, priced £1.50pm.

Tonight’s game kicks off at 7.30pm, with admission £5 adults and £3 concessions.