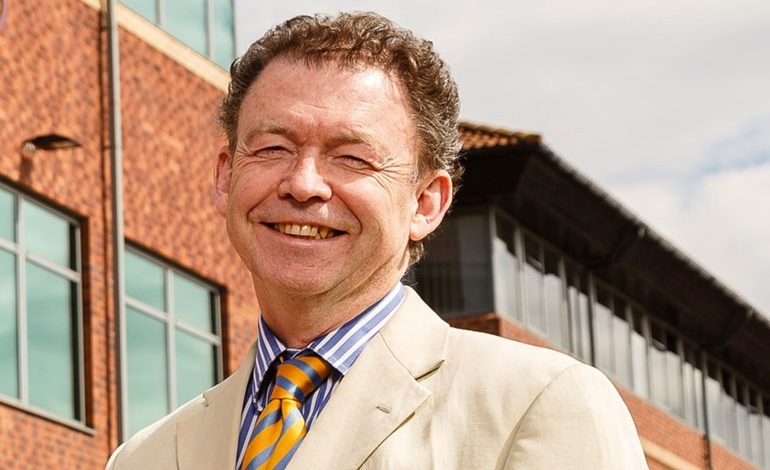 Endeavour Partnership have announced that they will be one of the key sponsor of this year’s ‘Make Your Mark’ awards.

The annual event recognises the achievements of companies based at Aycliffe Business Park and will this year be held on March 1st at the Xcel Centre.

An independent panel of judges will decide on 10 awards for this year’s event including Apprenticeships, Employer of the Year, Apprentice of the Year, Engineering and Manufacturing, Export, Heart of the Community, Newcomer, Service Business, Small Business, Company of the Year and Innovation, the award sponsored by Endeavour Partnership.

Endeavour, one of the North East’s leading commercial legal firms, employs a team of 50 and has a reputation spanning over 16 years, providing high quality advice on a range of business law matters including mergers and acquisitions, intellectual property, employment, commercial property and corporate recovery and insolvency from its headquarters at Teesdale in Stockton.

Managing partner of Endeavour Partnership, Paul Bury (pictured above), will be presenting the Innovation award on the night.

He said: “We’re passionate about the North East’s thriving business community and it is awards such as these that continue to encourage and boost companies across our vast region.

“Aycliffe Business Park boasts such a diverse range of businesses so it’s fantastic to see an awards ceremony to focus on the incredible achievements of those companies and individuals, many of whom we’re currently working with.

“Innovation is vital for ongoing development and we’re proud to be able to support this award and look forward to unveiling the winner on the night.”

This year’s ceremony will be the first to be delivered by the new Aycliffe Business Park Community (ABPC), which was formed in 2016, and has secured two high-profile entrepreneurs as keynote speakers.

Andy Preston, from Middlesbrough, was a high-profile City trader and also ran a $5.5billion international hedge fund business. Following his retirement from fund management, he returned to the North East founding several charities including the Middlesbrough and Teesside Philanthropic Foundation, which raises and distributes funds to boost communities across the urban areas of Teesside, and the CEO Sleepout, which holds events across the UK to raise funds to combat homelessness and poverty.

Yarm-based Peter Wilcock will join Andy Preston to speak at the awards, providing an insight into his career as a founding director of the Comcast UK business in the 1990s, which was later sold to NTL before it merged with Virgin Media.

Wilcock launched Comcast UK with no customers, but by the time he left it had a workforce of 12,000 people and 6.5 million customers. He now runs Carpeo call centre in Swindon and marketing consultancy Growth Machine. In addition, in 2014 he published the acclaimed book The Business Whisperer.

ABPC chair Kerina Clark said: “The Make Your Mark Awards have reached their third year and continue to grow in popularity.

“This is illustrated by the calibre of our keynote speakers and sponsors. Endeavour Partnership has a high-profile reputation across the North East so to have their support is a huge boost for our event.”

The deadline to enter the 2016 Make Your Mark is 20th February 2017, and businesses can enter online easily at www.aycliffeawards.co.uk