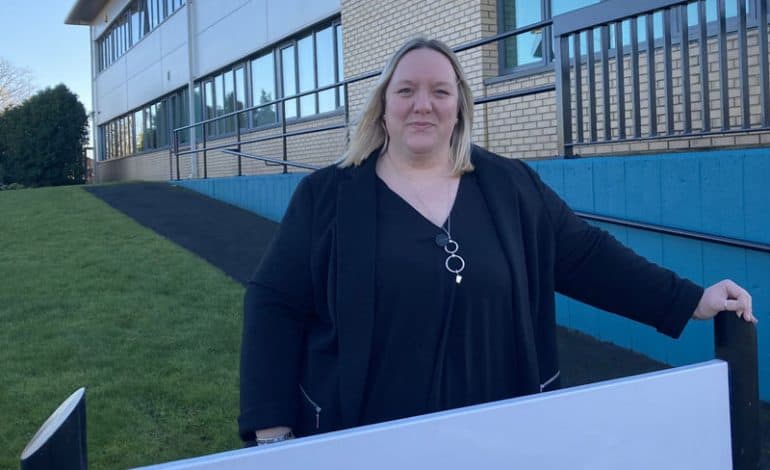 One of the North-East’s longest-established law firms has strengthened its team by appointing a new partner from within its ranks.

Jemma Ebdon, who grew up in Newton Aycliffe, becomes the 11th partner at BHP Law, which has offices in Durham, Newcastle, Darlington, Teesside and Tynemouth.

Managing partner John Pratt said: “Jemma has progressed with the company since she joined us 12 years ago, and we are delighted to have made her a partner. It demonstrates our commitment to growing our own talent.”

She said: “I’m extremely proud to have been made a partner at such a well-established company with traditional core values. It’s a business that believes in investing in its staff, and I couldn’t have done it without the support I’ve received.”

Jemma started her career in the legal sector when she took a Saturday job with another law firm when she was 16. She progressed to become office junior before moving to another company as a secretary.

She joined BHP Law in 2010 as personal assistant to senior partner Peter Blackett, and took an opportunity to join the conveyancing team as a secretary two years later.

Jemma then committed to a five-year training programme to become a licensed conveyancer, studying in her own time, while BHP Law funded the course.

That led to her becoming licensed under the Council of Licensed Conveyancers, making her a fully-fledged property lawyer, and rising to become team leader of the 18-strong conveyancing department.

Jemma has also had to juggle her impressive professional development with being a mum to Odin, three, and one-year-old Molly.

“When I finished college, I didn’t really know what I wanted to do, but I’ve always been ambitious and driven, and I found my niche in law.

“I love the fast pace and, when you work in conveyancing, it’s about helping to make dreams come true. It’s a lovely feeling to be able to make the call to people to tell them they can pick up the keys to their new home.

“We’re extremely busy at the moment. We thought it would ease off after the stamp duty holiday, but the market has remained buoyant.

“I’m lucky to have such a brilliant team that feels like being part of a family, and I just want to go on building on their strengths to provide a first-class service.”

The company is continuing its strategy of investing in staff, with two members of Jemma’s team also now being supported through training to become licensed conveyancers.

The company’s roots date back to the early 1800s, with Blackett Hart and Pratt being created out of a merger in 1993, before the business was rebranded as BHP Law in 2008.