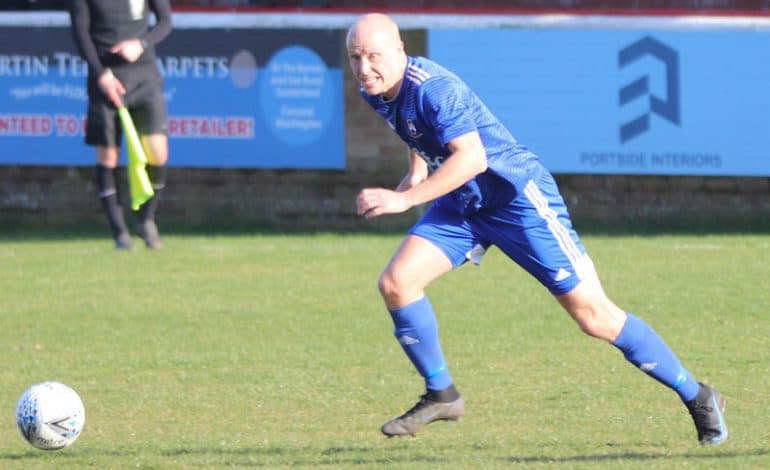 There was last gasp heartbreak for Newton Aycliffe as they fall to their second defeat in four days.

Following Wednesday night’s Durham Challenge Cup semi-final exit at the hands of Crook Town, the Newtonians were back on the road on Saturday visiting Sunderland RCA in the Ebac Northern League Division One.

RCA took all three points at The Beaumont Landscapes Stadium back in October putting three past Aycliffe under the previous management team but with Brian Atkinson’s side aiming to return the favour up on Wearside this time around.

The game got underway at a good pace with both sides having their share of possession and it didn’t take long for the first goal of the game.

With barely five minutes on the clock RCA stole possession at the halfway line on the left and took the chance to play a long diagonal ball out to Matty Weirs out on the right but as Lewis Walton went to block, Weirs saw Aycliffe keeper Adam Pickford out in no-mans land and sailed the ball over his head and into the back of the net to give his side a very early lead.

Before the half hour mark Atkinson was forced into a change in personnel as Nick Green landed badly following a good clearance and had to be replaced by Alexander Walker, with captain Aaron Brown moving out to right back.

The remainder of the first period was back and forth, Aycliffe arguably having the better of the half chances, although RCA did hit the top of the woodwork, Aycliffe very nearly equalised following a mistake by RCA keeper Marrs, as a straight forward ball into the area went through his hands, squirmed under his body, clipped his back foot but rolled agonisingly past the wrong side of the post.

Within five minutes of the second half Aycliffe had the perfect opportunity to get back onto level terms as Liam Jarvie’s ankle was clipped as he broke into the RCA penalty area and, despite protests from the home side, the referee had no hesitation as he pointed to the spot.

With regular penalty takers Jake Petitjean on the bench and Joe Ferguson serving a ban it was down to Ben Dibb-Fuller to try to beat Marrs from 12 yards.

The spot kick was delayed as the home side continued to argue their point with the officials but once the situation was calmed down, up stepped Dibb-Fuller but Marrs guessed correctly and got down well to his right to push the spot kick wide.

Aycliffe continued to press and push forward in search of an equaliser, which eventually came with nine minutes of normal time left on the clock as they had RCA penned in their own box and when Marc Costello crossed a dangerous ball in between the defence and keeper, defender Simon Jakab stuck a leg out to block the cross which only caused it to flick up and spin over the head of Marrs and into the goal at the far post. 1-1 on 81 minutes.

In the second minute of time added on, a long ball upfield from RCA got turned away for a corner, with a crowded box there didn’t seem to be any danger until substitute Callum Patton, so often a thorn in Aycliffe’s side, did well to lose his marker and get to the near post and fire his header through the crowd of bodies for the home side’s second of the game, this time leaving Aycliffe with no time to respond.

Up next sees Aycliffe on the road for a third successive game as we visit Ashington in the Ebac Northern League Division One. The next game as the Beaumont Landscapes Stadium is Saturday, April 2, when Northallerton will be the visitors.