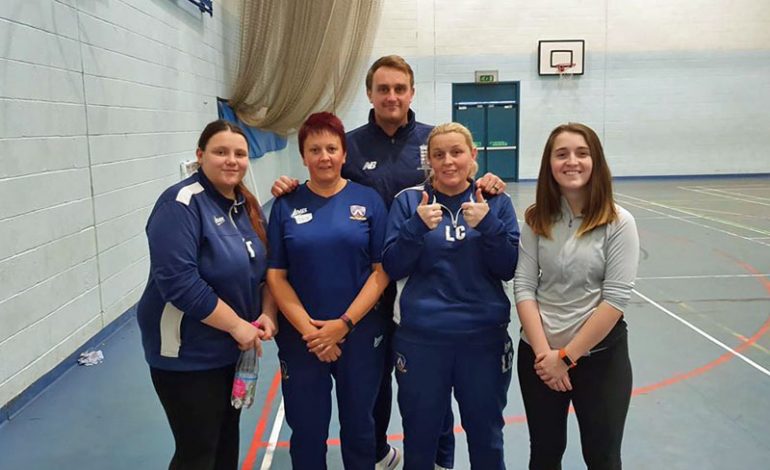 Women’s cricket is now an established part of the sport at both international and domestic levels. The success of the England Ladies team has been covered by the national media and in 2016 the semi professional Women’s Cricket Super League was established.

2020 also sees the inaugural 100 ball competition including both male and female franchises.

Local leagues and friendly competitions for girls and ladies are also becoming more prevalent and Newton Aycliffe Cricket Club have now established a Ladies/Girls Section to allow females from the town and surrounding areas to try cricket and hopefully, if they want, play in friendly or competitive matches and festivals.

Taster and training sessions, which are exclusively for females, will be held at Newton Aycliffe Leisure Centre starting on 5 February 2020 from 6.30pm – 7.30pm. The first two sessions are free and then will cost £3 per session thereafter.

The sessions are aimed at all ages and all levels of ability or experience with the aim to promote recreational cricket amongst females with a view to progress to both softball and hardball cricket, in a fun, friendly environment. The social aspect of cricket also means that it is a great way to make new friends.

Lisa and Tina along with Ashley Kell and Alex Paterson (all pictured) have undergone training with Durham County Cricket Board and have successfully completed the ECB Foundation One Coaching Course giving the Club four further qualified coaches.

The four female coaches, as well as running the Ladies/Girls section, will also support development coaching for the younger members of the Club through the All Stars and Dynamos Cricket as well as the Under 9’s softball teams.

Newton Aycliffe CC have also arranged an Under 9’s softball tournament which will run for 5 weeks starting this Saturday at 10.00 am in the Leisure Centre. 9 boy’s teams and 4 girl’s teams from local clubs will be competing, with Newton Aycliffe having teams in both the boys and girls competitions.