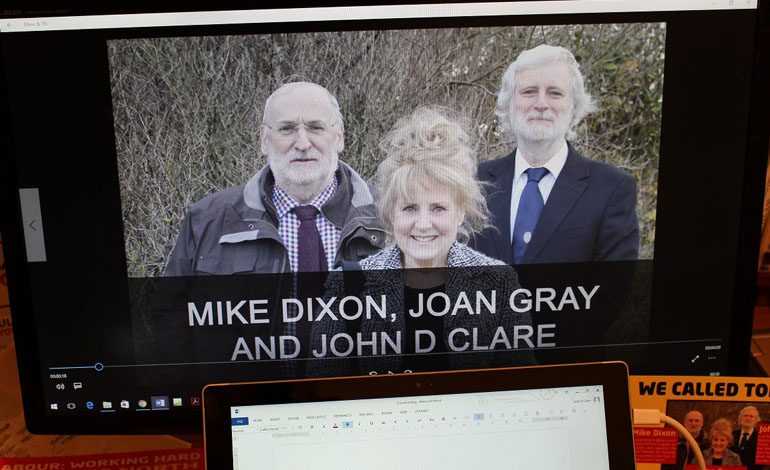 Three local councillors have started their election campaign with a promotional video.

Edited by his son, the promotional video – which can be seen here – showcases the achievements of Cllr Clare and his County Councillor colleagues Joan Gray and Mike Dixon.

“I thought it was time we came into the 21st century,” said Cllr Clare, who has 1,500 friends on Facebook and 1,600 followers on Twitter.