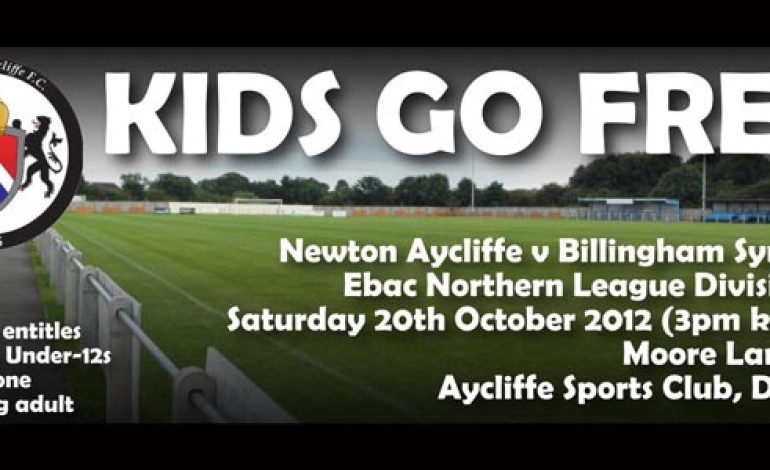 Newton Aycliffe FC are offering FREE admission to children for their crunch Northern League clash with Billingham Synthonia this weekend.

And Aycliffe have launched the “kids go free” initiative to encourage more Under-12s to go along and support their local club, as long as they’re with a full-paying adult.

Supported by Newton Press, who have printed 2,000 tickets which are being distributed to all primary schools in the town, the ticket is also available to cut out of this week’s edition of the Newton News.

Aycliffe FC general manager Dan Lewis said: “We’re always looking at ways to encourage all Newtonians to come and have a look at us, even if it’s just for the odd game now and again.

“We have one of the best set-ups in the Northern League, with a friendly family atmosphere and a club run by volunteers, with a team made up mostly of local lads.

“It’s a great chance for youngsters to come and support their local club for the first time, and hopefully enjoy it!”

Children aged Under-12 will be permitted free entry to the Billingham game on Saturday with one of the “kids go free” tickets, but every child must be accompanied by one full-paying adult each.