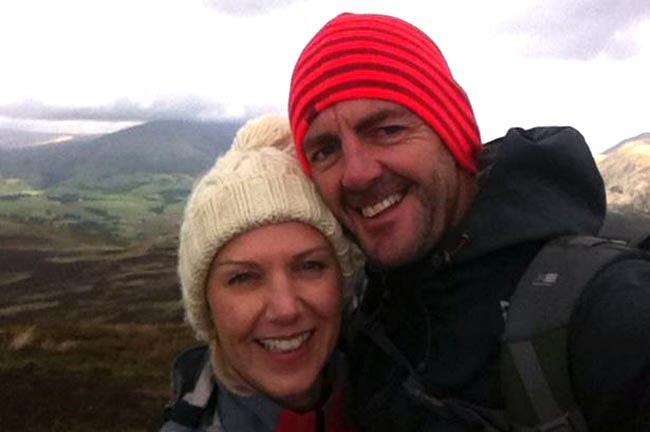 Darren Ablewhite’s girlfriend has launched a campaign to raise cash for a community defibrillator to be installed in Liverpool’s Princes Park in his memory.

Darren tragically died after suffering a cardiac arrest at the end of a 5k parkrun in Toxteth on Saturday 4th October.

NHS worker Julie Houghton, from Wavertree, was taking part in the pair’s first run together.

Although paramedics were on the scene in minutes, Darren, 44, never regained consciousness.

Julie, a radiographer at the Royal hospital in the city, is now spearheading a campaign to raise the £1,500 needed to get a community defibrillator installed in the park in Darren’s memory along with his family and friends.

It is being supported by the Parkrun organisation – which organise free weekly 5km timed runs across the country – and the Oliver King Foundation.

The 43-year-old, a keen runner and member of Mossley Hill athletics club, told the Liverpool Echo how they had been taking part in their first timed run together when Darren began feeling tired toward the end.

She said: “I remember we walked for a bit, then as we saw the finish line ahead we started running again.

“I said to Darren ‘let’s do a sprint finish’ and he said ‘no, you go’, so I sprinted ahead and finished, he was just behind me.

“He was coming towards me but then his legs went like jelly, he finished and then collapsed.

“There were doctors doing the parkrun and they came over and started CPR. Even though I’m trained to a reasonable level, I don’t think I would’ve done it.

“I was in shock this had happened and felt he would breathe any minute.”

An ambulance was called and paramedics used their defibrillator to shock Darren’s heart twice.

He was taken to hospital but there was nothing doctors could do.

More than 200 people attended the popular Newtonian’s funeral at St Clare’s Church in Aycliffe on Friday.

Paying tribute to her “gentle giant”, Julie said: “We moved pretty fast – we’re in our 40s, what’s the point of waiting? We knew how we felt about each other.

“Darren was really sporty, a really good footballer and nearly became a professional golfer, at one time had a scratch handicap.

“He was very tall, a gentle giant and very fussy about his appearance. He liked his red wine and Strawberry Daiquiris.

“We had decided to become walkers and we were starting our lives together, planning our futures together.”

Julie is now determined to raise enough money to get a permanent life-saving defibrillator installed at Princes Park for use both by the Parkrun and for other park users.

She said: “The earlier you get there the better your chance. You’ve only got a small window.

“I t feels like this is happening around me, like he’s away working on shift and I’m waiting for him to come home – that he’ll be back through the door any minute.”