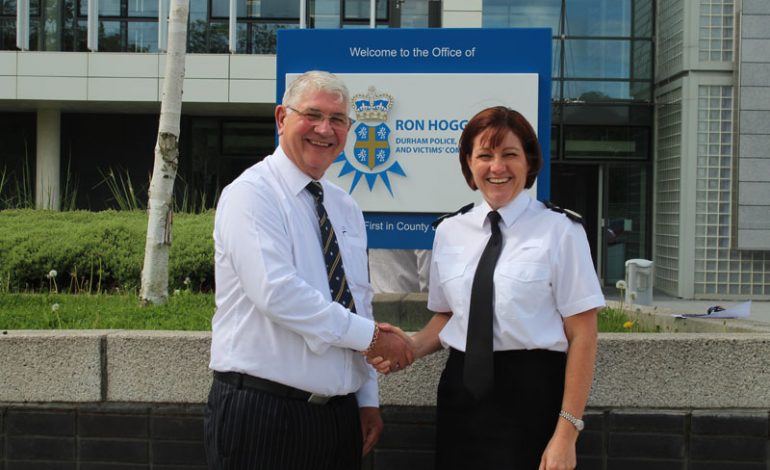 The appointment of Jo Farrell as Durham Constabulary’s new Chief Constable has been confirmed.

The announcement follows a Confirmation Hearing – a statutory process where members of the independent Police and Crime Panel have the opportunity to question the preferred candidate, and to endorse the appointment.

She said: “I am both delighted and privileged to be appointed as Chief Constable of Durham. I very much look forward to leading this outstanding force from strength to strength”.

Jo Farrell was the preferred candidate of Ron Hogg, Police, Crime and Victims’ Commissioner for Durham and Darlington.

Hogg said: “I organised a thorough recruitment exercise for the best person to be Chief Constable, and was very pleased that Durham Constabulary’s Deputy Chief Constable, Jo Farrell, was my preferred candidate.”

Cllr Lucy Hovvels MBE, Chair of the Police and Crime Panel, said: “The Panel was impressed with the quality of the answers provided by Deputy Chief Constabulary Jo Farrell and the breadth of her experience and was, therefore, pleased to endorse her appointment.”