Rock artist Jimi Anderson will rock the Big Club during a charity fundraiser in April.

The gig has been organised by the Just Say Yes charity, an organisation set up in the memory of Newtonian Mark Bulman, who died in October 2010 after a long battle with cancer.

The spring fundraiser will be held on Saturday 13th April at Aycliffe Working Men’s Club, from 6pm until 11.30pm.

Entertainment will include Jimi Anderson and Heaven or Hell as well as DJs, an auction and raffle.

They can also be bought online at www.justsayyesfund.com 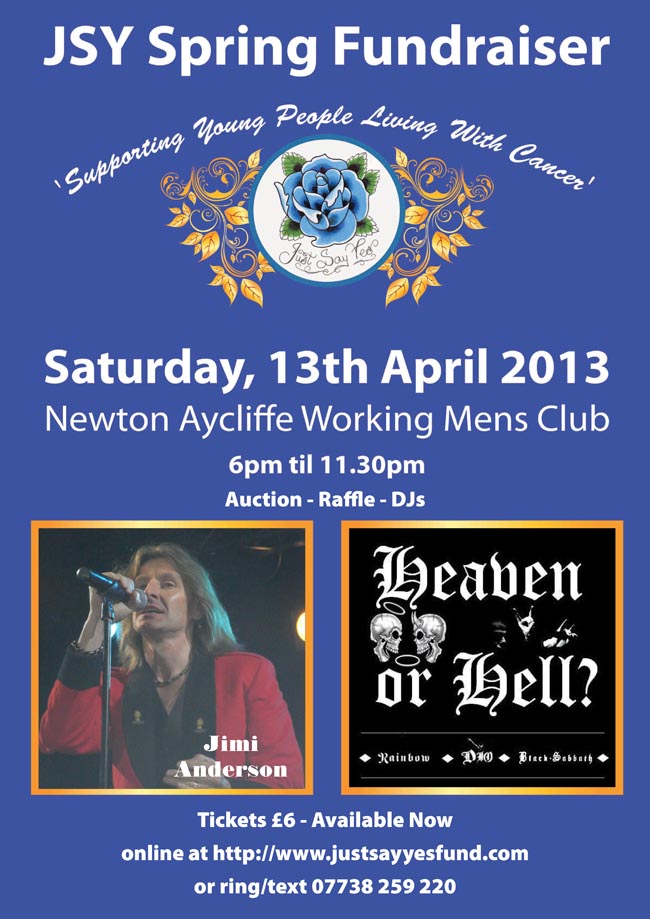 Durham County Council’s customer access points (CAPs), which closed at the beginning of the coronavirus...
News

An emergency alarm service supporting vulnerable residents across County Durham has responded to over 46,000...
News

A Teesside University academic is spearheading a national campaign which aims to help change the way people...
Sep 20th 10:32 AM
News