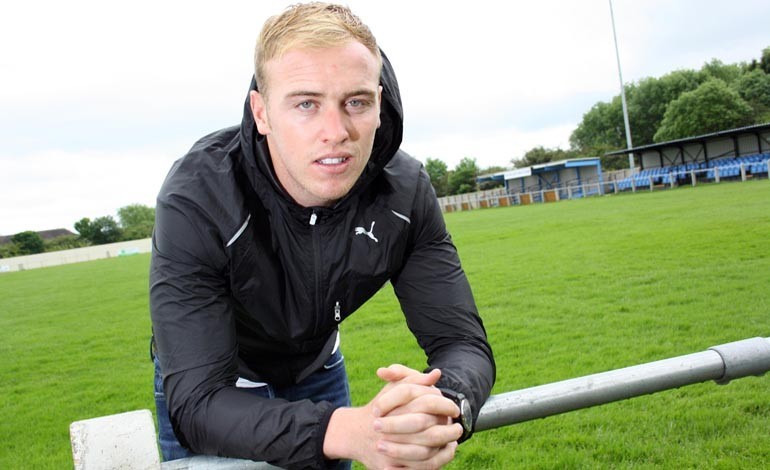 Jason Steele’s Big Club team will entertain Scouse Sunday side Garston in the All England Cup at the town’s Moore Lane Park ground this weekend.

Aycliffe WMC, who play in the Durham and District Sunday League Premier Division, comfortably beat Seaton Carew 8-1 in the first round of the FA Sunday Cup to book their place in the next stage of the keenly-contested national competition.

And they were rewarded with another home tie, this time against fancied Merseysiders Garston on Sunday (15th November, 1pm kick-off).

Newtonian Steele, the Blackburn Rovers and ex-Boro goalkeeper who helps to run the Aycliffe Sunday team, is hoping for a good turn-out at Moore Lane after the town’s Northern League club agreed to host the fixture.

“The All England Cup is always a big competition for us and this season is no different,” said Steele.

“It’s the FA Cup of Sunday morning football and a tournament we’ve always wanted to do well in.

“We lost at the third round stage last season, ironically away to another side from Liverpool, and we’re hoping to at least get to the same stage this time around.”

Steele says Garston will be favourites going into the game – last week they were narrowly beaten 4-3 by last year’s winners Campfield.

“We know they’re going to be a very good side, most Sunday teams from Liverpool are, so we’ll have to be 100% at it if we’re to book our place in the third round.

“It would be great to see some support from the town’s football fans to see a decent crowd and get behind the lads.”

• Admission to Sunday’s game is £3 adults and £2 concessions – young footballers off the town wearing their youth club tracksuits will also get free admission with a full-paying adult.