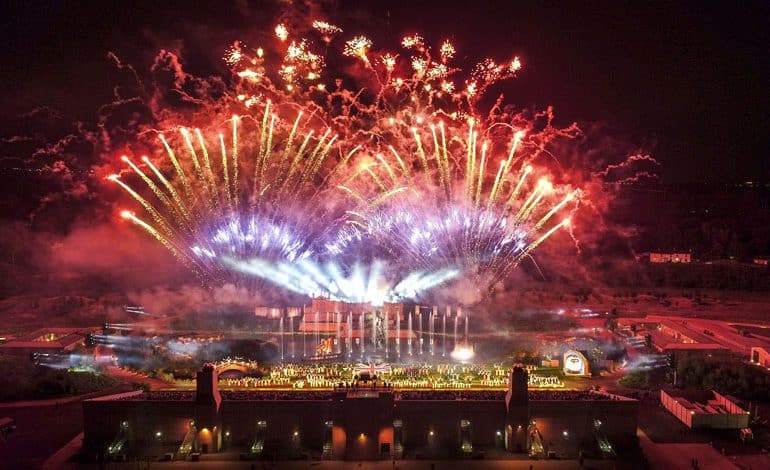 All success stories start with an idea and, as work begins to shape County Durham’s UK City of Culture 2025 bid, there is no denying the difference creative thinking has already made in the region.

Culture Durham, the partnership spearheading the #Durham2025 campaign, has issued a call-out to community groups, residents, arts organisations and creative professionals, for ideas that could be taken forward as part of the bid.

From a new music festival, carnival or community arts programme, to a sports tournament or visitor attraction – all ideas are welcome and everyone, regardless of their creative skills or experience, is being encouraged to get involved.

The request for ideas follows confirmation from the Department of Digital, Culture, Media and Sport (DCMS) that County Durham’s expression of interest in UK City of Culture 2025 status has been accepted ahead of the official shortlisting next month.

For this initial call-out, people are encouraged to submit suggestions online at www.durham2025.co.uk/get-involved by September 30, to allow those with potential to be explored, developed and included within the bid. However, there will be many more opportunities to submit ideas in the future.

And to show the power of a good idea, Culture Durham has shared examples of how thinking outside of the box has already made a big difference to the county’s cultural offer.

• Beamish, The Living Museum of the North. Now an internationally renowned open-air museum telling the story of life in North East England during the 1820s, 1900s, 1940s and 1950s, Beamish was the vision of Dr Frank Atkinson, then director of the Bowes Museum in Barnard Castle. Frank had visited Scandinavian folk museums in the early 1950s and was keen to create something similar in the North East to preserve its industrial heritage. After presenting the idea to Durham County Council in 1958, a policy of “unselective collecting” began and before long an army camp of 22 huts was filled with everything from steam engines to sewing machines. In 1970, Frank took up his post as director and the museum was born.

• Lumiere. Commissioned by Durham County Council and produced by the arts charity Artichoke, Lumiere is the UK’s leading light festival and has been illuminating Durham City for more than a decade. Helen Marriage, director of Artichoke, had been thinking about creating an international light festival for a long time, when a meeting with Durham County Council in 2009 brought together her creative vision with the perfect location. In the first year, 75,000 visitors attended, and that number doubled to 150,000 in 2011. Now around 200,000 visitors attend, and the festival has become a fixture on the international light festival calendar. It offers artists the opportunity to realise their most extraordinary ideas and is also an important event for local people, with thousands of residents and schoolchildren taking part in community arts projects over the past ten years. The BRILLIANT scheme, meanwhile, offers individuals the chance to develop their own ideas into artworks that are presented alongside those of leading artists at the event.

• Kynren. Kynren is a live action, outdoor spectacular that takes audiences on an epic journey through time, bringing legends to life and capturing the imagination of people of all ages. A stone’s throw from Auckland Castle, the action unfolds throughout the summer at 11Arches near Bishop Auckland, with a cast of 1,000 volunteers telling the story of England’s past through the eyes of a North East boy. Creating this spectacle in Bishop Auckland was the dream of city financier and philanthropist Jonathan Ruffer and Anne-Isabelle Daulon, chief executive of 11Arches. The pair was inspired by Puy du Fou, a multi-award-winning attraction in France and knew they could achieve similar success in County Durham. Today, Kynren is ranked as one of the top five performances to see in the UK by Trip Advisor.

County Durham’s expression of interest to be UK City of Culture was submitted by Durham County Council, with principal partner Durham University, on behalf of Culture Durham, a partnership of organisations, including Beamish, Bowes Museum and many more.

Cllr Elizabeth Scott, the council’s cabinet member for economy and partnerships, said: “County Durham and the North East are full of imaginative people with brilliant ideas, and we really want to find out what people in our communities think should be included.

“The next big idea could come from a professional working in the arts sector, but it could also come from someone who has never considered themselves to be creative before.

“We value all ideas and that’s why I would encourage people to get involved, share their suggestions and help us to create a cultural programme that is inclusive and truly representative of our amazing county.”

The belief that everyone is or can be creative is also a key principle of the Durham Commission on Creativity and Education, a major research collaboration between Durham University and Arts Council England.

Ideas can be submitted online at durham2025.co.uk/get-involved.