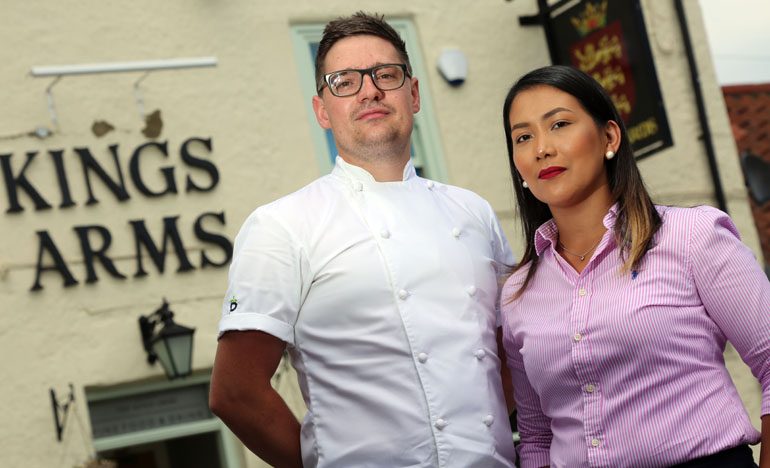 A husband-and-wife team is celebrating a successful first year in business at a popular village pub.

And with his wife Ycheng heading up the team’s front-of-house staff, the pair have enjoyed a fruitful opening 12 months.

The King’s Arms re-opened a year ago after an extensive refurbishment following a lengthy closure.

“It’s going well – we get a lot of good positive feedback,” said the 33-year-old.

Paul and Ycheng, 34, are making a success of the King’s Arms despite juggling a busy family life. The couple, who married five years ago, have two children – Ethan, 7, and Isla, 4.

But they say their success is largely down to using local suppliers.

“We try to use as much seasonal produce as we can with fresh ingredients and we have a good relationship with the local farmers,” added Paul.

“We get all our meat from local suppliers – we have a farmers’ night every Thursday – and we get our fish from Hartlepool.

“So we’re trying to use as much local supplies as we possibly can.”