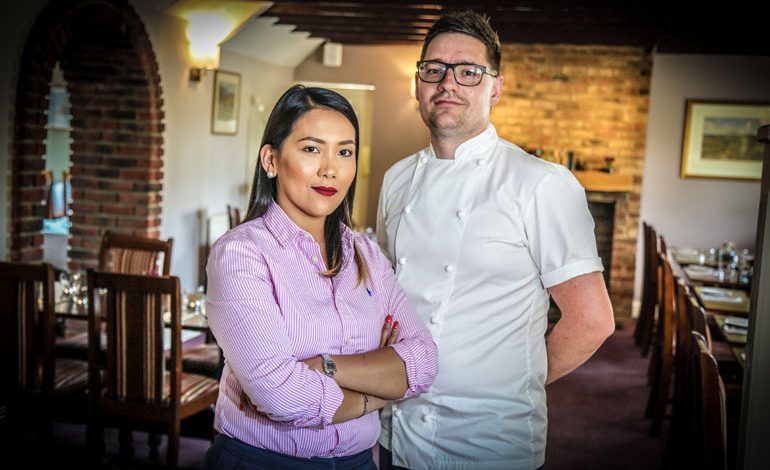 A husband-and-wife team have thanked local businessman John Wade after he helped them launch a restaurant which has enjoyed a successful first year.

The King’s Arms in Great Stainton, on the outskirts of Newton Aycliffe, was acquired by John Wade, who also owns the County restaurant and Telegraph pub, both in Aycliffe Village, and re-opened it in August 2017.

A significant investment was put into refurbishing the King’s Arms, and Mr Wade supported Paul Bussey and his wife Ycheng to establish the pub during its first year.

They’ve now taken on the King’s Arms with a five-year lease agreement, and Paul said: “Without John’s help and support we wouldn’t have been able to make this a success, so we’d like to thank him.

Chef Paul Bussey, who once worked for acclaimed TV chef Gordon Ramsay, left his role as head chef at Acklam Hall in Middlesbrough to take on the King’s Arms, with Ycheng heading up the team’s front-of-house staff.