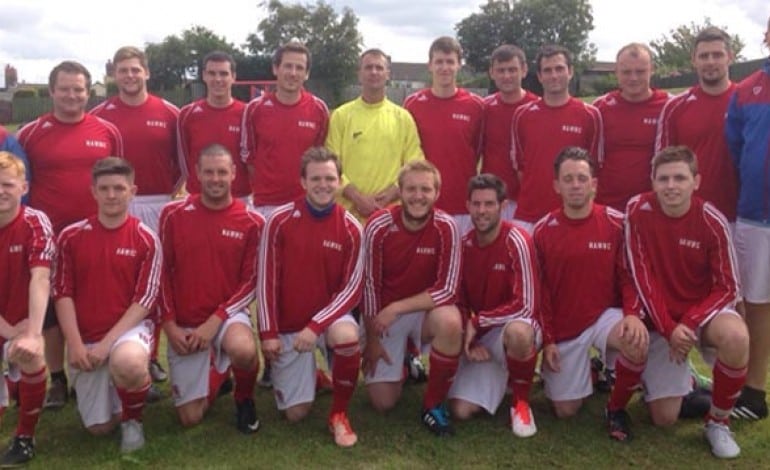 The Huntsman got life in Division 2 of the Wear Valley Sunday League off to a great start following a resounding 5-1 victory over Kirk Merrington Half Moon.

And it was the Huntsman who started brightly and forced a couple of good chances, before the impressive Reed Molloy latched onto a through ball before being scythed down in the penalty area by the Half Moon goal keeper.

Remarkably neither a penalty or a red card followed as the referee opted for leniency on this occasion only flashing yellow and a free kick on the edge of the box. Molloy quickly dusted himself down however and dispatched the resulting set piece low into the bottom corner.

A second quickly followed, as Molloy turned provider for strike partner Shaun Sproates who adjusted his body well to tap in a difficult chance.

Molloy then grabbed his 2nd of the game, lashing a half volley into the bottom corner following a great flick on from Andrew Richardson.

Three quickly became four, as a great piece of work down the wing from Mike Sproates gifted a 2nd to his brother Shaun.

The Half Moon responded quickly after the break and pulled a goal back, but the game was put beyond all doubt as Malloy crossed for Dave Neale who arrived “through the back door” unmarked to make it five.

A few more chances came and went, with further debuts given to Ryan Mercer and Connor Halford from the bench.

Man of the match went to captain Carl Bates leading his side to an impressive opening day victory.

Next up is FC Tow Law who visit Simpasture Park Sunday 16th August, 10.30 kick off.