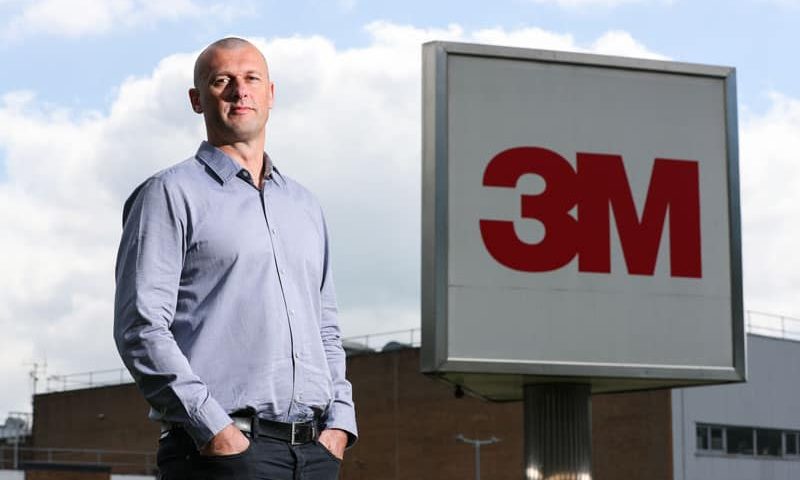 Business leaders will hear how a Newton Aycliffe firm played a major part in the national fight against Covid-19 during an open networking event this month.

Aycliffe Business Park Community (ABPC) are hosting their next news and networking meeting at the Xcel Centre on the morning of Friday, November 19.

3M Aycliffe’s plant manager, Paul Hind, will answer questions during the event, which is sponsored by Jacksons Law Firm.

Aycliffe Business Park is home to one of the former Royal Ordnance Factories, built in the early 1940s, which made bombs and bullets during the war effort.

The women who worked in the ROF Aycliffe sites became known as the ‘Aycliffe Angels’.

Eighty years later, staff at 3M Aycliffe have manufactured half a BILLION respirators since the coronavirus outbreak 20 months ago.

Delegates at the Aycliffe event will hear from Paul about how the firm has coped with the sudden rise in demand, and its associated pressures.

They’ll also hear how Paul has worked his way up at 3M – from the firm’s maintenance team in 1999, to becoming plant manager 21 years later.

There’ll also be an update from Nev Jones and his Keep Aycliffe Tidy campaign during the Aycliffe event, while breakfast and refreshments will also be on hand.

“3M have played such an important role in the UK’s national fight against Covid, producing respirators which have now become commonplace in the community, but which have proved vital in overpowering the pandemic.

“Paul’s rise through the ranks at 3M, as an Aycliffe lad, is also a fantastic story in itself and I’m sure will help make for an interesting interview.”