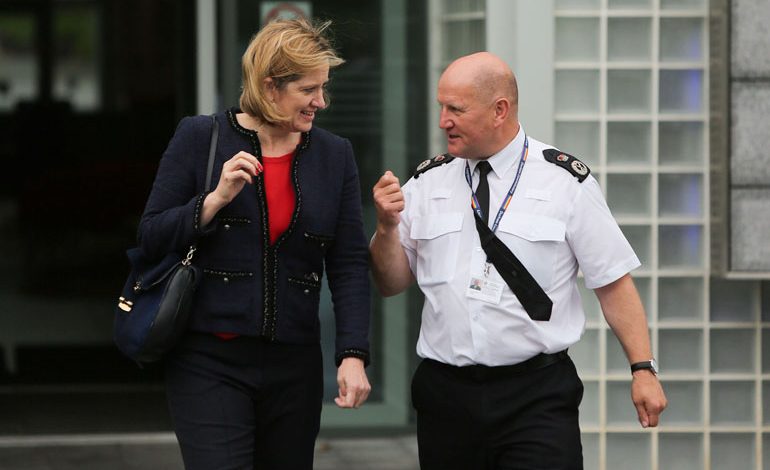 Home Secretary Amber Rudd and the Minister for Policing and the Fire Service Nick Hurd visited Durham Constabulary this week.

Ms Rudd and Mr Hurd travelled to the force’s Aykley Heads headquarters where they were met by Chief Constable Mike Barton and Police, Crime and Victims’ Commissioner Ron Hogg.

The Home Secretary and Mr Hurd were shown how Durham, the top performing force in the country, is tackling cybercrime and also safeguarding vulnerable people.

They were also introduced to a number of projects including Checkpoint – which offers those charged with offences usually dealt with by magistrates the chance to avoid a criminal conviction by making amends to the community and their victims.

“We are extremely proud of our people and what they are achieving so it was great that a number of them were able to showcase their work to such an audience today.

“Tomorrow poses fresh challenges, however, and we must make sure we don’t rest on our laurels and improve further to meet those.”

Police, Crime and Victims’ Commissioner Ron Hogg added: “Today provided an opportunity for the outstanding people in Durham Constabulary to show Ministers the innovative work that they are doing, and for Ministers to understand the challenges faced by a force like Durham.

“I hope the Ministers have listened and learned from the day, and recognise that any further cuts to policing services in Durham will affect our ability to deliver the excellent service our communities have come to expect.

“We also discussed the Government’s revised drugs strategy. Whilst we differ on some major issues, and I believe the strategy is insufficiently radical, there are common areas of interest and opportunity which I would like to explore.

“I look forward to continuing dialogue with the Government to ensure that our voice is heard.”