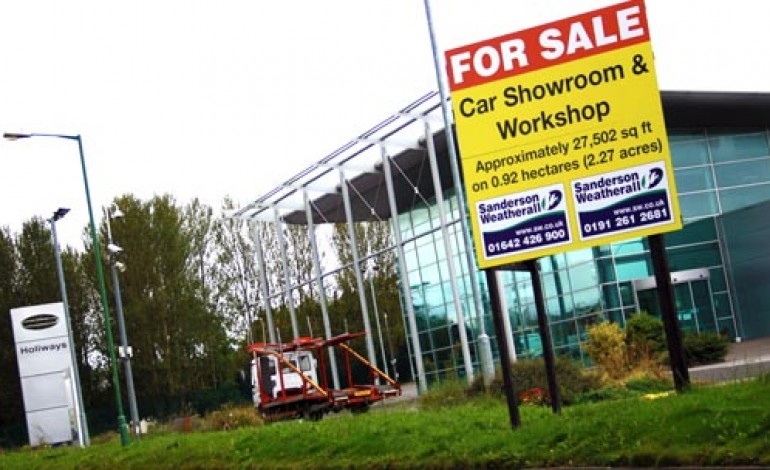 The former Holiways car showhome has gone up for sale for just under £2m.

The collapsed family-owned Ford dealership went bust in August, with a loss of more than 80 staff.

Administrators have said they will only be able to raise less than a third of what it owes when it sells it assets.

Meanwhile, a report filed with Companies House said that the business had assets with a book value of £3.5m, including property, vehicles and parts, but these were only expected to realise £2.5m.

The business owes more than £8.7m to creditors including Barclays Bank, Ford and the taxman. Ford is taking back its vehicles.

The Newton Aycliffe-based business sold its dealerships in Durham and Hartlepool to Gateshead’s Vertu Motors at the end of June for £3.5m.

Holiways was hit hard by the end of the scrappage scheme and the impact of high fuel prices.