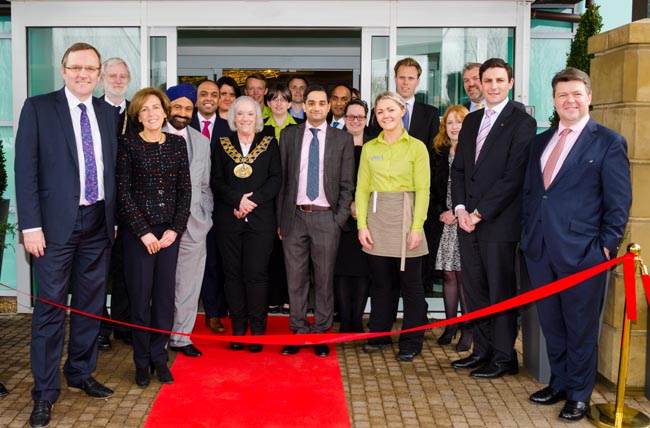 London-based property investment company Dominvs Group purchased the hotel – along with two others – and has refurbished the former Aston with an impressive makeover costing more than £800,000.

IHG, with its European headquarters based in Denham, Buckinghamshire, is the largest hotel company in the world measured by rooms, with 687,000, and has more than 4,600 hotels across more than 100 countries, with an annual revenue of $1.9 billion (US dollars).

“Every hotel is extremely important to us, but this one is especially important, because we’re showcasing open lobby, a new design for Holiday Inn,” Ms Brav told us, in our special Video Feature.

“It’s a social space where people can eat, dine, drink and get to know each other.”

Phil Wilson added: “It’s great that a company like Holiday Inn has identified Newton Aycliffe as an area to do business, with a significant investment being made in improving its facilities.”

The Dominvs Group boasts a £300m portfolio across the commercial, hospitality and residential sectors.

Dominvs purchased the hotel, at Newton Park services just off the A1, along with two others a year ago before renovating them.

The group’s Director Preet Ahluwalia told Aycliffe Today: “This was one of the first hotels that we bought and the first time we’ve interacted with a global brand.

“We’re tremendously excited to partner with IHG, especially the Holiday Inn brand, and bring something really significant to the Newton Aycliffe area.”

“I’m delighted that Holiday Inn has come to Newton Aycliffe,” he beamed.

“It’s a very important piece in the business jigsaw for Newton Aycliffe. As we try to build our local economy, what we desperately needed was a quality hotel, where businessmen can come and stay and do business with us.”

More on this will be in the May-June issue of our B2B magazine, Aycliffe Today Business. 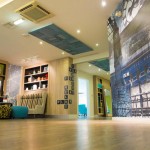 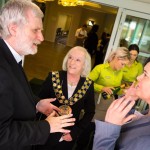 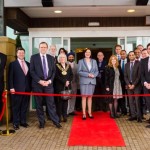 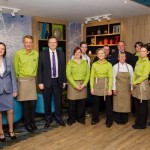 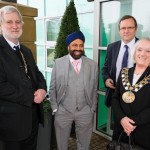 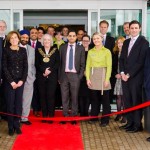 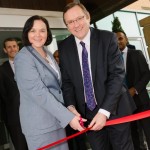