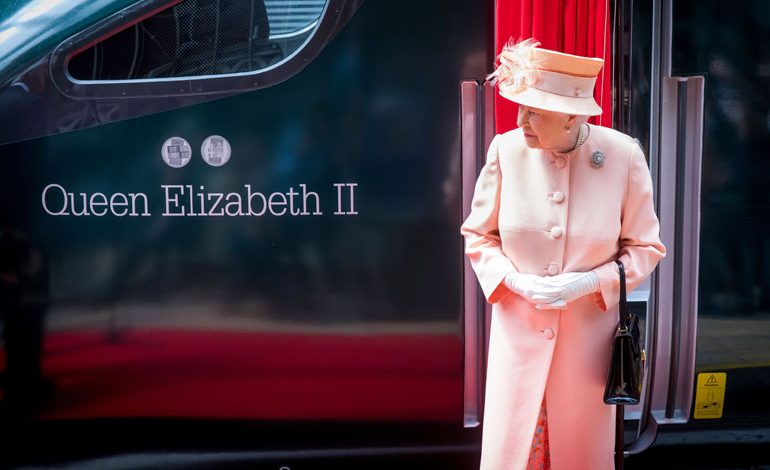 On 13 June 1842, Queen Victoria made the journey from Slough to Paddington and became the first British monarch to travel by train. The train that day was driven by Daniel Gooch and assisted by Isambard Kingdom Brunel.

To mark this unique occasion GWR recreated the journey between the two stations using its new Hitachi-built Intercity Express Train, in the presence of HM The Queen and the Duke of Edinburgh.

The Royal party were joined on the train by Isambard Thomas and Gillian White, the direct descendants of Isambard Kingdom Brunel and Sir Daniel Gooch.

Great Western Railway’s Intercity Express Train marks the start of the biggest fleet upgrade in a generation on GWR’s network and is the first major intercity fleet to be introduced on the UK rail network from some 20 years.

It is due to enter passenger service first on the Great Western Railway in the autumn this year, and will enable longer trains with more seats, faster and more frequent train services.

The trains are being built by the 900-strong workforce at Hitachi its North East factory in Newton Aycliffe, as part of the Government’s £5.7bn Intercity Express Programme. 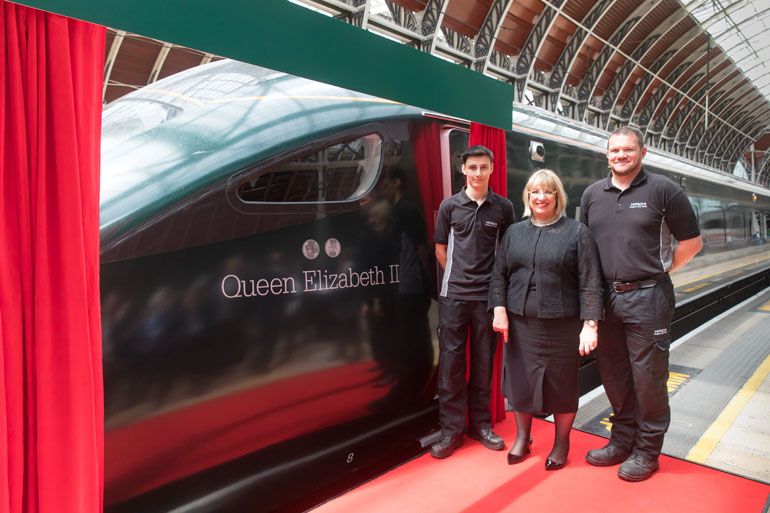 Her Majesty was greeted at Slough Station by school children from four local schools who had produced their own drawings to mark the occasion.

Karen Boswell OBE, Managing Director of Hitachi Rail Europe, said: “We trust that Her Majesty enjoys the space, comfort and smooth ride on our new Intercity train. From the autumn, passengers will begin to feel the benefits of this new British-built fleet as they travel around the Great Western route.” 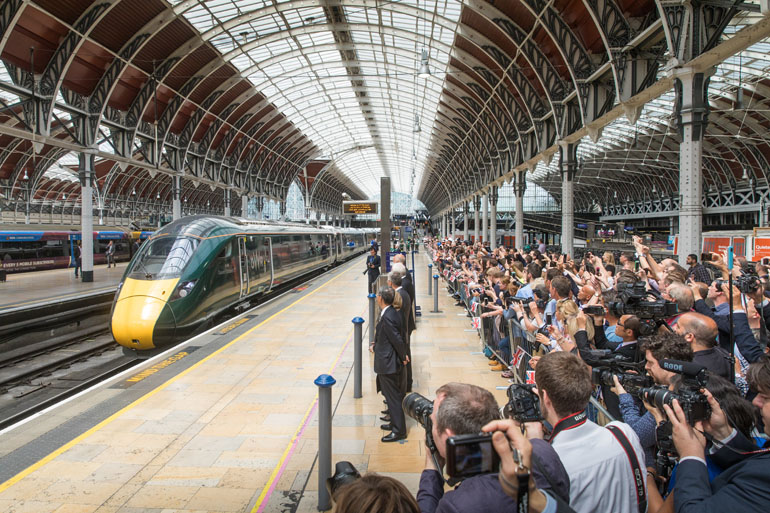 Mark Hopwood, Managing Director of Great Western Railway said: “We are delighted that The Queen and the Duke of Edinburgh were able to join us to mark this historic anniversary. We at GWR are extremely proud of our heritage and this occasion marks a very special moment in the history of the Great Western Railway.”

Secretary of State for Transport Chris Grayling said: “This is a truly inspirational event and a fitting tribute to the proud heritage of Brunel’s railway. This route remains one of the foundations of our rail network and as a nation we should be proud of our railways, which continue to be the bedrock of our public transport system.”

Mark Langman, Managing Director of Network Rail, Western Route said: “It is an honour to have welcomed The Queen and the Duke of Edinburgh to Paddington station 175 years after the first royal arrival into the iconic London station by train.

“Today marked the culmination of years of hard work by Network Rail teams and our colleagues at GWR. It demonstrates the closer working between the rail industry partners to deliver a better railway for passengers – continuing the proud story and tradition of the Great Western Railway.”