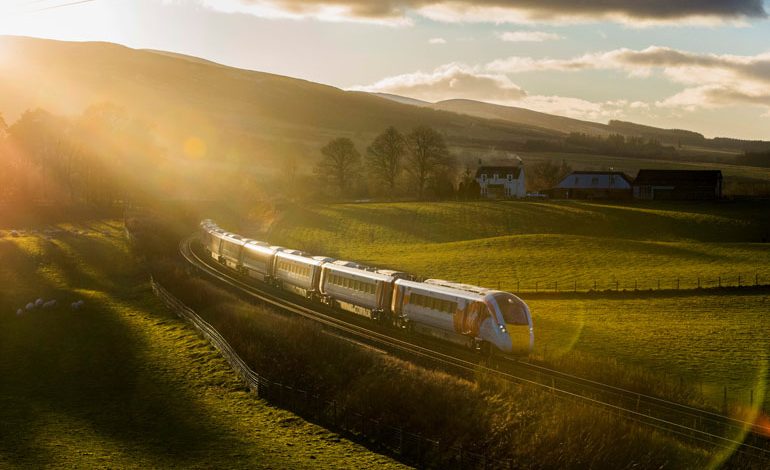 Virgin’s state-of-the-art Azuma train made its inaugural visit to the Highlands this weekend as preparations to transform cross-border rail services gather pace.

The iconic train, which takes its name from the Japanese word for “east”, will be rolled out on Virgin Trains’ east coast from next year, ushering in a new era of comfort and style for rail passengers.

It passed through some of the most iconic scenery on the UK rail network as it journeyed north of Edinburgh to Inverness on Friday afternoon for the first time, before travelling back to a depot in Doncaster in the early hours of Saturday morning.

The test run by manufacturer Hitachi is part of a programme to prepare Scotland for the 65-strong Azuma fleet.

The first of these will enter service in December 2018 as part of a two-year rollout programme, with Azuma services due to operate from five of Scotland’s seven cities from 2019.

Hitachi is building the new trains at its factory in Newton Aycliffe, home to more than 1,000 train builders including 50 apprentices.

The firm has invested £18m to modernise depots at Aberdeen, Inverness and Edinburgh to ensure they are able to service the new fleet, securing long-term engineering jobs at all three locations.

Virgin Trains operates half-hourly services between Edinburgh and London for most of the day, with four additional services running to Aberdeen and one train a day, the Highland Chieftain, serving Stirling, Perth and Inverness.

“Over the next twelve months, passengers and enthusiasts will be seeing plenty more of our British-built Azuma trains testing in Scotland.”

UK Government Rail Minister Paul Maynard said: “We want to put passengers at the heart of everything we do and the £5.7bn government-led investment in a new fleet of state-of-the-art intercity trains is important step in achieving that.

“This test run is a key milestone in the introduction of the fleet on the East Coast Main Line and it will mean more space, more comfort and more reliability for passengers up and down the country.”

Humza Yousaf, Minister for Transport and the Islands in Scotland, said: “It is very encouraging to see the new Virgin Azuma train visit Inverness, moving it another step closer to service introduction.

“The new fleet will offer cross-border passengers more capacity and the modern facilities we all now demand.

“The Scottish Government’s £5bn investment in the rail network is making a real difference across the country and I know developments like this make train travel a more attractive choice across the North and East of Scotland. This, in turn, can help drive the modal shift to rail as a regular option we are all keen to see delivered.”