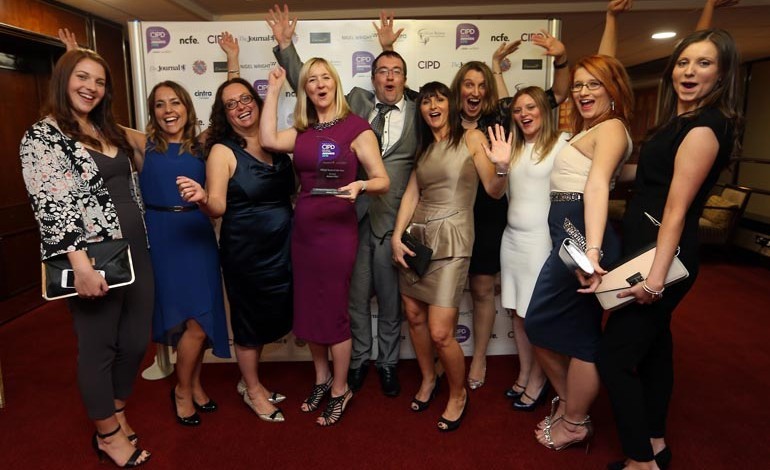 The HR team at Hitachi Rail Europe in Newton Aycliffe is celebrating after being crowned the HR&D team of the year at the North East of England CIPD awards.

The Hitachi team was recognised at an industry event for its recruitment and training processes that have seen over 500 new people recruited from over 16,000 applications last year.

Head of HR (manufacturing) Julia Potts said: “I am so proud of our team and it’s fantastic that our efforts have been recognised by such a prestigious body.

“The team has worked tirelessly to make sure the entire recruitment and training experience is a positive one for every single person involved.

“Hitachi Rail Europe has brought train building back to the birth place of the first steam locomotive in the North East and, with our new workforce; we will be making trains in the UK for many years to come.”

When at full production, the state-of-the-art rail manufacturing facility will employ 730 people in semi-skilled, technical and engineering roles and will build a train car a day.