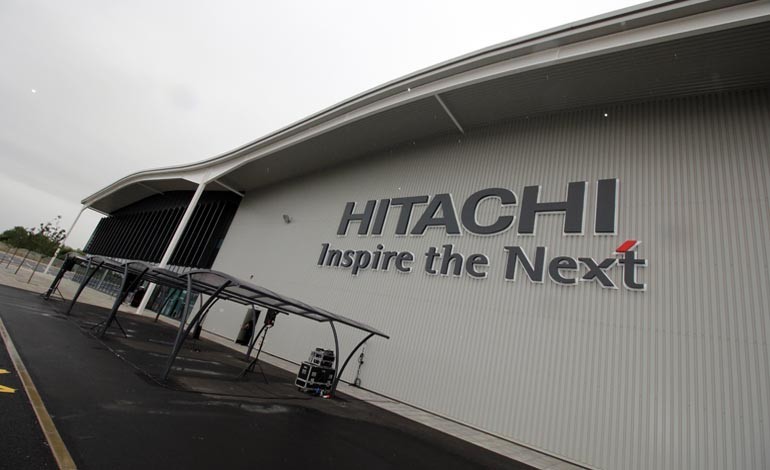 Here’s a brief timeline of the key events:

Hitachi Open Day
28th June 2012
We featured interviews with Phil Wilson and Hitachi’s newly-appointed plant manager Darren Cumner from an open day at the Xcel Centre, as well as speeches from keynote speakers such as Keith Jordan and Merchant Place boss Geoff Hunton.

Construction ceremony
29th May 2014
A special ceremony to celebrate the construction of the steel by local family firm Finley Structures is held on site.

Topping out ceremony
30th October 2014
The media and guests get the first glimpse of inside the Hitachi factory as construction is completed with a “topping out” ceremony, and the fit out begins.