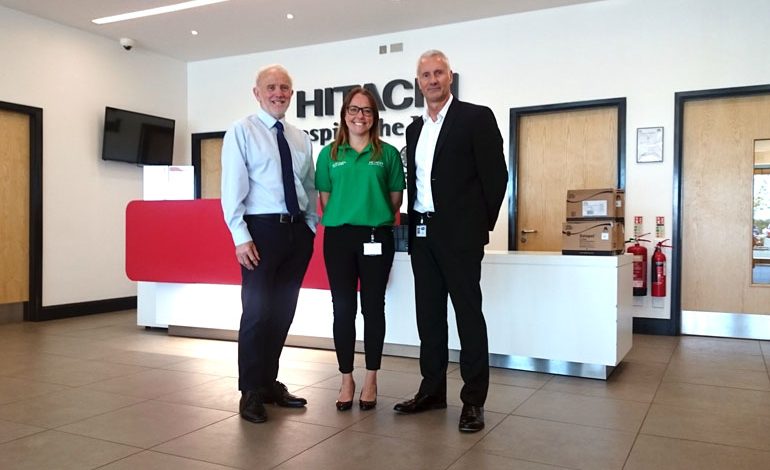 Staff at one of the county’s largest employers are being given the opportunity to join a savings scheme which can help them take control of their finances.

Hitachi, based in Newton Aycliffe, has signed up to the Durham Savers scheme, part of an initiative by Durham County Council to tackle poverty and change debt culture into a culture of saving.

Over the past few months, Durham Savers has been working closely with Hitachi to introduce the programme, which has now been passed to credit union partner NEFirst who will run the scheme.

Those who sign up can save their own set amount each month, with the money automatically deducted from their pay.

Cllr Jane Brown, Cabinet member for social inclusion, said: “We know that half of the population have less than £100 in savings and that 70 per cent of families in County Durham are worried about their finances, so putting a little bit away each month can make a real difference.

“The launch of this scheme is great news for Hitachi workers and the Aycliffe community as a whole.”

Thirty County Durham businesses have already signed up to Durham Savers, including the local NHS Trust and South Durham Enterprise Agency, while more than 50 schools in the county are also involved. The scheme is funded by Great Aycliffe and Middridge Partnership, Spennymoor AAP and East Durham Rural Corridor AAP.

Paul Atkinson, Durham Savers project lead, said: “We know the introduction of this scheme can stop people turning to high-cost lenders and it is great that staff at one of the region’s biggest employers now have a simple, straightforward way to save.”