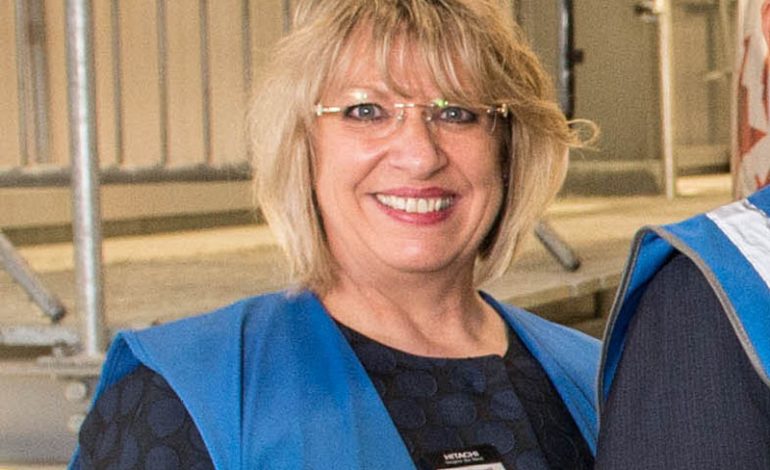 Boswell joined Hitachi in June 2015 and has led the UK business through a period of accelerated growth and transformation.

Over the last four-and-a-half years, Hitachi Rail’s presence in the UK has increased substantially across a network of state-of the-art train maintenance centres, a manufacturing facility at Newton Aycliffe and head office support.

Her tenure has also overseen the introduction of new electric commuter trains to Scotland, as well as securing over £450m of new train manufacturing and maintenance contracts, comprising those for Transpennine Express, Hull Trains, East Coast Open Access, plus the recent £400 million award to deliver and maintain a new fleet for the Abellio UK operator East Midlands Railway.

Bosell was awarded an OBE for services to the UK rail industry in the Queen’s 2016 Birthday Honours.

Andrew Barr, Hitachi Rail Group CEO, said: “Karen has made an enormous and lasting contribution to Hitachi Rail at both UK and group levels, and she will be leaving with our business in great shape and well positioned to build on the achievements of the last four-and-a-half years.

“I would like to thank Karen for her leadership during a period of rapid growth for our business in the UK, and trust that everyone at Hitachi will join me in wishing her well for the future.”

A further announcement will be made in due course about plans to succeed Boswell’s Hitachi Rail UK role.