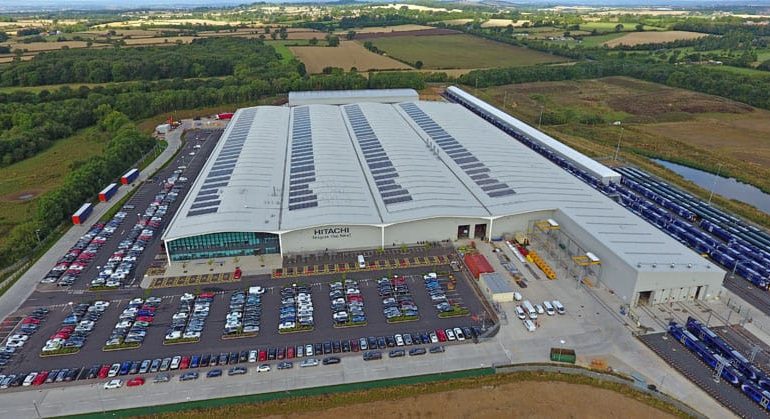 From the empty shell that was opened by then Prime Minister David Cameron, the team has built 192 trains over the last five years that are now in service.

The trains produced include the UK’s new intercity train of choice, which have transformed travel on the Great Western and East Coasts, as well as the award-winning Class 385 regional trains for Scotland, recognised as the most reliable new trains in the UK.

When the factory opened, Hitachi Rail’s presence in the UK was minimal. Now, the company has a network of train maintenance centres that span England, Scotland and Wales and employs around 3,000 people, 700 of which are based on Aycliffe Business Park.

As a result of the factory’s success, the initial investment of £82m has now been increased to over £110m. The most recent £8.5m upgrade is seeing the creation of a brand new facility to weld and paint train carriages – the first of its type in the Britain for a generation – which will increase the sophistication and capability of manufacturing at the site.

Hitachi Rail has also localised its supply chain in the UK, with whom it has spent £1.8bn with since 2013, including over 130 separate North East suppliers.

In addition to the positive economic impact on the region, Hitachi’s presence has been a major boost to education in the local area. Over 50 apprentices have completed their training at the factory and the partnership with the South Durham University Technical College, which Hitachi co-founded, has gone from strength to strength.

As it enters its sixth year, the factories focus is on completing orders for new intercity trains for East Coast Trains (5 trains), East Midlands Railway (33) and Avanti West Coast (23).

Ross Nagle, COO Rolling Stock UK, said: “On that first day, when the factory was completely devoid of train cars but full of people – including the Prime Minister, Chancellor and the Japanese Ambassador – we had only a handful of employees and no-one that had built a train before.

“Since then, we have all been on a steep learning curve and have completed 192 trains that are now carrying passengers and being recognised for their incredible quality and reliability.

“From a standing start, this is a fantastic achievement and is thanks to the resilience and flexibility of the entire Rolling Stock team, who have adapted to new challenges – never more so than the last six months.”

Paul Howell, MP for Sedgefield, said: “Hitachi Rail has put train building back on the map in the North East.

“With such a rich railway heritage in the region, including the very first passenger railway, the North East is again becoming synonymous with the best trains in the world.

“I look forward to seeing them develop and applaud their efforts to continually increase the local content of their supply chain.”