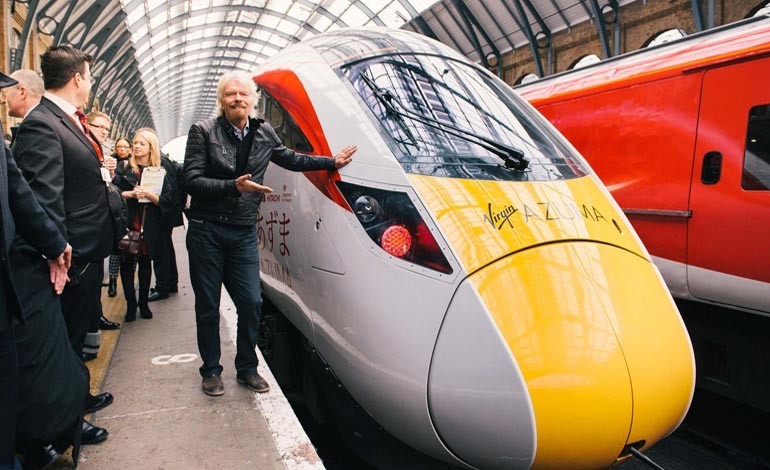 It doesn’t seem two years since David Cameron swept into Hitachi’s swanky new factory on Aycliffe Business Park, claiming victory for the Tories as he officially marked the opening of the £82m facility.

It was a momentous day which will long in the memory for those lucky to be there.

The factory was, in fact, years in the making and only happened after the Labour Party – and its man on the ground, Phil Wilson – campaigned tirelessly with The Northern Echo’s ‘Back On Track’ campaign, which was a resounding success.

But after all the obstacles that had to be overcome for Hitachi to get the factory open for business, the milestones just keep on coming two years on.

Sir Richard Branson officially revealed Virgin Trains’ futuristic Hitachi-built Azuma at King’s Cross station last year. And the prototype enjoyed its first test run to Scotland earlier this summer – an inaugural run North of the border made as part of a testing programme, in preparation for roll out of the 65-strong fleet on the East Coast route next year.

The eagerly-anticipated debut came as Virgin plans to accelerate journey times between Edinburgh and London by 22 minutes, bringing regular journey times down to just four hours.

The fleet of Azuma’s will be built in Newton Aycliffe, and by 2020 Hitachi Rail will have 281 trains running on some of the UK’s busiest intercity and commuter routes. They’ll include 29 Javelin HS1 trains, 122 for the Intercity Express Programme, 36 for GWR’s Devon and Cornwall routes, 19 for Transpennine Express, 70 for Scotrail and five for Hull Trains.

Hitachi now employs more than 1,200 people in Aycliffe, with 99% of those travelling from within a 30-mile radius to get to Aycliffe.

They include more than 50 apprentices – three of which now have positions as team members, four are in their third year and 47 manufacturing apprentices are continuing to learn on the job.

Hitachi has a long, long list of more than 700 UK suppliers – more than 100 of these (parts and services) are within a 50-mile radius of Aycliffe, while local firms such as Hydram and Invertec have been able to expand due to contracts won with them.

More locally, of course, you only need to look as far as Finley Structures, who built the steel frame for their factory, while other Aycliffe firms including Beaumont Grounds Maintenance, High Impact Development and South West Durham Training have been working closely with them.

Hitachi’s new trains will offer a step-change in passenger experience with more space, seats and better on-board technology. The trains will significantly boost capacity on some of the country’s busiest routes.

But, perhaps more importantly for us at least, Hitachi’s factory is helping to employ thousands of people – more than a thousand direct and thousands more in the supply chain – just as the likes of Mr Wilson, developer Geoff Hunton and Hitachi themselves had promised all those years ago.