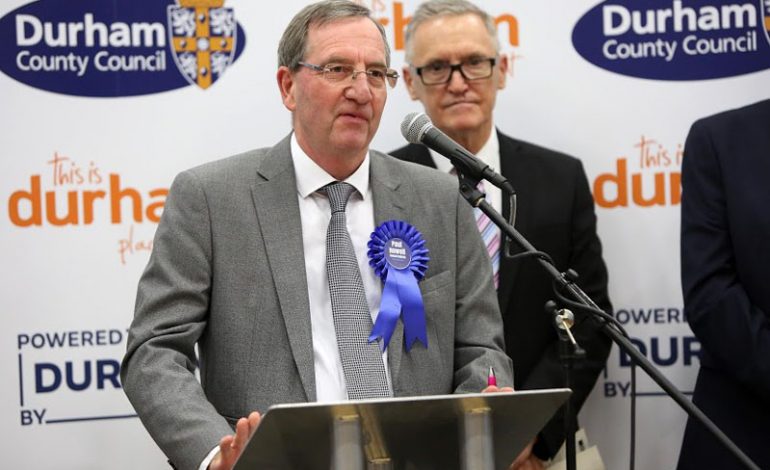 Newton Aycliffe’s MP Paul Howell says Hitachi Rail has said its decision to scale-down its factory is not related to Brexit.

Around 250 jobs are expected to be cut at the Aycliffe facility after the company confirmed it had started a consultation period to “re-size” the factory.

It comes after it was reported last year that the train-assembling was set to lose the £500m Tyne and Wear Metro programme, after operators Nexus reportedly preparing to send the contract overseas.

Mr Howell said: “The news of potential job losses at Hitachi Rail is disappointing and I feel for employees receiving today’s most unwelcome news.

“At this stage it is a consultation and I am assured that Hitachi will work with all parties to look at opportunities to mitigate the impact to employees.

“I have spoken at length with Hitachi Rail and I have been personally assured that Hitachi Rail remains completely committed to Newton Aycliffe, the North East and the UK. I will be meeting with them next week for further discussion.

“Hitachi has clearly stated this decision is not related to Brexit and I understand today’s decision is about transitioning the factory so it can become even more sustainable and competitive for the long term and win more orders in the future.

“To this end I am informed that they are investing a further £8.5m in improving the factory, and have committed to building a further 61 trains over the next few years.”

Mr Howell has also pointed that Hitachi was recently awarded two huge train manufacturing orders – East Midlands Railways and West Coast Partnerships – which they are to start building at the factory later this year.

“This is testament to their commitment to our region and the UK,” insists Mr Howell.

“I have spoken with DWP to ensure that support is available for affected workers and I will be in continuous contact with Hitachi, the DWP and other agencies to make sure that there is continued assistance in place for those workers.

“It is my understanding that Hitachi Rail is working with unions, Business Durham and across its entire global business, to explore every possible way to help.

“I will continue to be in close contact with Hitachi Rail through this process and I will keep residents informed and post updates and information as I receive it.”