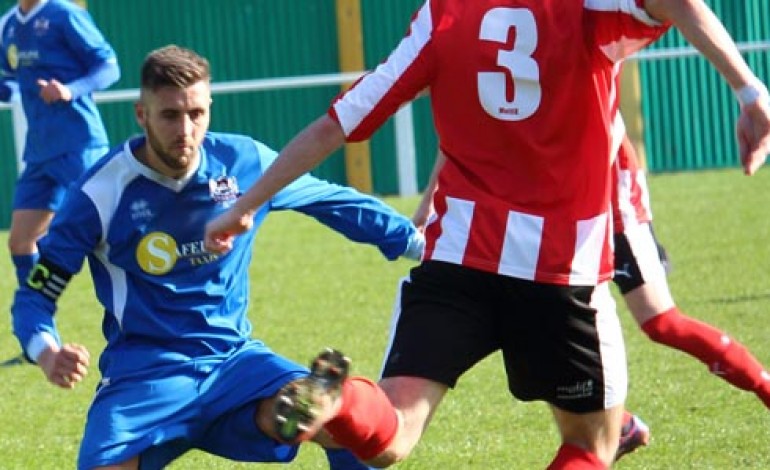 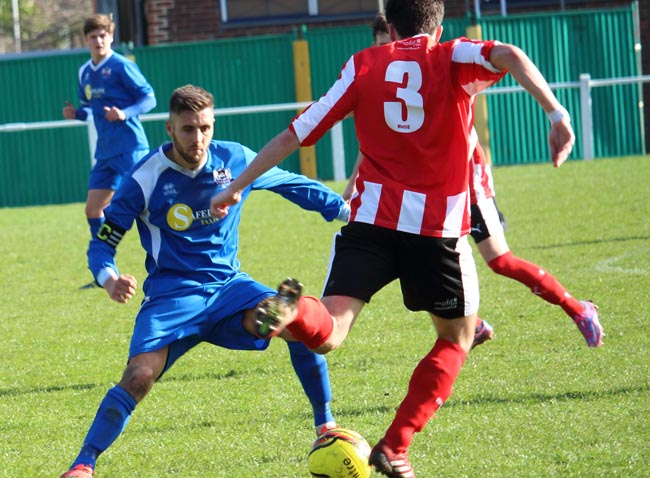 Aycliffe are 17th, five points above the relegation places with just two games left to play.

However, some of the teams below have games in hand so it looks as though it’s going to be a tense Easter at Moore Lane.

Aycliffe held their own for much of the first half of this match played in blustery conditions.

At times both sides struggled with the conditions but with the visitors missing a number of key players it was always going to be tough going for them.

Guisborough had the first serious chance after 23 minutes when Bythway shot wide.

It wasn’t all one way though and on the half hour Aycliffe had a good chance to take the lead. A great ball forward from Zak Boagey put through Dennis Knight whose delicate shot flew just wide of the post.

Earlier in the season Aycliffe had an awful habit of conceding a goal just before half-time. That seemed to have been cured but reappeared in this game.

Three minutes before the break a long ball forward caused confusion in the Aycliffe defence who failed to clear. The ball fell to Curtis Round whose shot struck the inside of the post on its way into the net.

Any hopes Aycliffe had of rescuing a point from the game were dashed in a second half where much of the damage was done by two of their former players, Danny Earl and James Risborough.

Guisborough’s second goal came after 54 minutess when Risborough struck home a shot after the ball had been cut back from the right.

It was Earl’s turn on 67 minutes when he beat the defenders and buried a powerful shot past the Aycliffe keeper, James Winter

The final blow for Aycliffe came with 15 minutes left. Winter fumbled a low shot and in the scramble that followed he brought down an opponent, conceding a penalty which Earl scored.

The end of season run-in doesn’t get any easier for Aycliffe with this Saturday’s opponents being FA Vase finalists, North Shields.

Shields achieved a fantastic semi-final victory over Wiltshire side, Highworth, to earn their place at Wembley on 9th May. Before that, however, they visit Moore Lane for Newton Aycliffe’s last home game of the season.

Aycliffe have themselves a cup semi-final to look forward to this Tuesday when they play Ashington in the League Cup.

This is the first of two away games against Steve Harmison’s team as the last league game of the season on 11th April is against the same opponents.