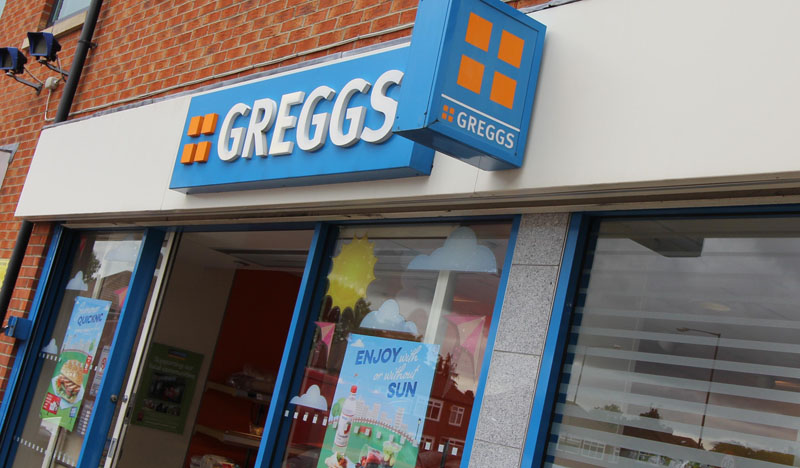 Greggs is targeting 3,000 shops in the UK after seeing trade exceed pre-pandemic levels in the last few weeks.

The Newcastle food-on-the-go chain – which has two stores in Newton Aycliffe – has released first half results in which revenue reached £546.2m and the company made a pre-tax profit of £55.5m.

That compares to a loss of £64.5m last year, while sales were almost identical to those seen in the first half of 2019, before the pandemic and the various local and national local lockdowns pushed Greggs to major losses.

And the company said sales in the last 13 weeks had actually beaten the same period in 2019, giving it confidence to raise profit expecations, push to create 500 jobs and move into areas of the country where it has not previously been represented.

Greggs also plans to improve its hot drinks machines to offer more options, including de-caf and dairy-free hot drinks, while it said that its new stores would have kitchens that allowed customers to have ‘customisable’ sandwiches and pizzas ordered in advance.

Chief executive Roger Whiteside said: “Greggs once again showed its resilience in a challenging first half, emerging from the lockdown months in a strong position and rebuilding sales as social restrictions were progressively relaxed.

“We continue to make good progress with our strategic priorities, growing the shop estate and investing in our digital capabilities to compete in all channels and dayparts of our market.

“Whilst there continue to be general uncertainties in the market, given our recent performance we now expect full year profit to be slightly ahead of our previous expectation.”

In light of its strong performance, Greggs has returned the money it received from the Government through the furlough scheme and has re-instated its dividend to shareholders.

Having opened 48 new shops and closed 11 in the first half of the year, Greggs said it expected to have around 100 net openings in the year as a whole, with most likely to be in “car-accessed locations” such as roadsides, petrol stations, retail parks and supermarkets.

The company currently has 2,115 shops.

It added that reduced rents that have followed the recent raft of shop closures meant it was also able to open stores in central London and transport interchanges which have previously been out of reach of its budget business model.