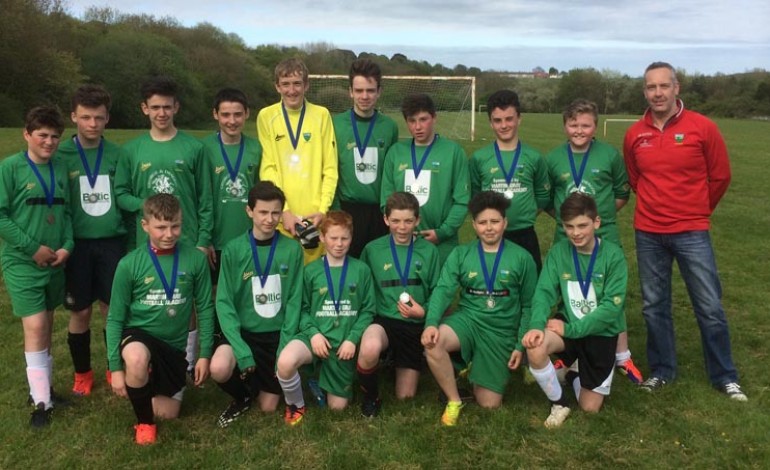 Greenfield Community College’s Year 8 boys football team reached the final of their cup, but lost to Whitworth after an impressive run.

They played St John’s in the quarter-final, winning 5-1 in challenging weather conditions.

The semi-final against Durham Johnston was a great advert for youth football.

It was a hard game played by two very committed teams. Both teams attacked from the start with Durham Johnston hitting the wood work, however, it was Greenfield had a 1-0 lead at half-time.

In the second half Durham Johnston started very strongly and looked the more likely to score. Greenfield weathered the storm and eventually won the game 3-0 with goals from Josh Richardson (2) and Harri Lynch.

The final against Whitworth School was played at Parkside. After a slow first half against a strong team, Greenfield came out fighting in the second half and clawed a goal back but it was too big a mountain to climb and eventually went down 7-1 to Whitworth, who were the better team on the day.

“Well done to the Greenfield boys for their hard work and training to reach the final, this is a great achievement!” said the school.