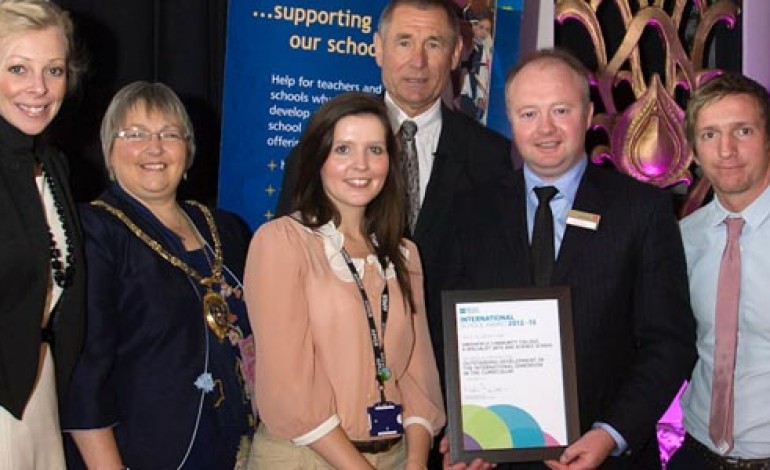 Greenfield Community College and Aycliffe Village Primary School were two from 57 schools across the North-East who picked up the gongs at Tyneside Cinema in Newcastle.

The British Council’s International School Awards were presented to the schools – 19 of which were from County Durham.

Greenfield assistant head Stuart Dixon is pictured with PE teacher Martin Butterworth picking up their award, while staff from the school also gave a presentation at the awards event on work students have done with schools in Sri Lanka, Pakistan and France.

Unfortunately, Greenfield declined to offer a statement to Aycliffe Today regarding their success.

London 2012 Olympics chief starter Alan Bell, who is from County Durham, presented the awards and also spoke about his role in the field of international athletics.

The awards recognise the work schools have done with partners in other countries to help students better understand their place in the world and the relationships between countries.

Brian Stobie, international officer at Durham County Council, said: “It can take several years to achieve an award, which is a real testament to the commitment of schools in developing a global education ethos.”

Aycliffe Village Primary are pictured below collecting their award.