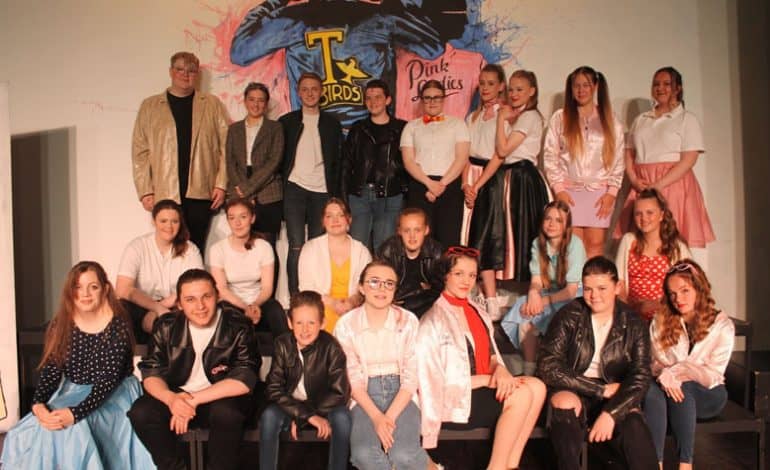 Students at Greenfield Community College left the stage with thunderous applause in the ears as they wowed friends and family at their annual school production.

The all singing and dancing school adaption of the musical Grease played to packed audiences in the main hall across three action packed nights.

The show was three years in the making after the school acquired the rights to perform the musical but had to cancel due to the pandemic.

But it was all worth the wait as the captivated crowd joined in as the student cast belted out the classic hits such as Grease Lightening and Summer Nights.

The show was the result of 10 months of high intensity weekly rehearsal to be ready for opening night including performances to local primary school pupils.

Student Chloe Craig, 13, played Danny. She said “It was the most incredible rush to play to all your friends and family and to have everyone cheering you and clapping. It was the best feeling ever.

“Everyone knows the songs in Grease so the audience were joining in with the singing so the whole thing felt more like a party.

Student Lily Trimmer, 15, from Ferryhill, played Rizzo said: “The show went so well. Everyone was really getting into it and at the end we had a massive round of applause. The crowd went wild for us.

“At the end it felt like we were on a massive high because everyone was so pleased. We put on so much effort to be ready on the opening night so it’s great it went so well.”

Drama teacher Amy Thurley said: “The reason are shows are so fabulous is because we have an excellent drama, music and dance department and are the only school locally who offer all 3 subjects at it GCSE.

“We are one of only a few schools nationally who have been awarded the Platinum Arts Mark award in recognition for our commitment to developing creativity.

“We got the rights to do Grease in 2019 for a show in the summer of 2020 but of course than the pandemic. We had to start again and recast because lots of students had left.

“It seems like the audience were glad to be back as there was singing in the crowd and dancing in the aisle. The audience response was great.

“Our students are little stars and showed their huge talent in front of a crowd of family and friends. As a school we are hugely proud of them.”