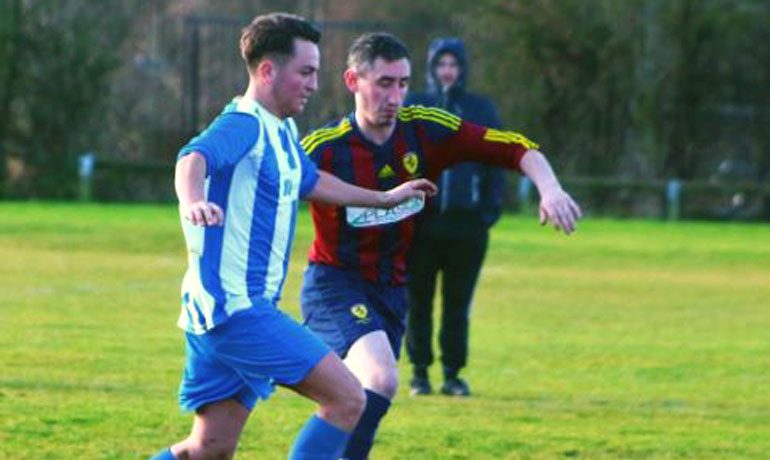 After last week’s 6-4 win against Spennymoor Volti in the Darlington Charity Cup, the Sports Club hosted this Division 2 tie, looking to continue their promotion push.

A corner in the opening 10 minutes led to the away side gaining an early lead, Liam Towers slotting the ball past goalkeeper Mark Craggs. The Sports Club rallied and began to put the Bay Horse under a lot of pressure. Chances came thick and fast with both David Teder and Callum Farley coming close, but the away side held on until half time.

The Aycliffe side started the stronger of the two in the 2nd half and a long distant strike from Stuart Hackett caught the away keeper off guard for the equaliser. It was substitute Ryan Stonehouses thunderbolt shot that deflected off Darren Griffiths backside to wrong foot the goalkeeper and make it 2-1 to the hosts. Stuart Hackett then beat the offside trap and lobbed the oncoming goalkeeper to make it 3-1 and then secured his hatrick shortly after to kill any chance of a comeback making it 4-1 to the hosts.

With the promotion push gathering momentum, next week’s opponents are league leaders West Auckland Tonns, unbeaten in the league this season, which will be a huge test for the Aycliffe.