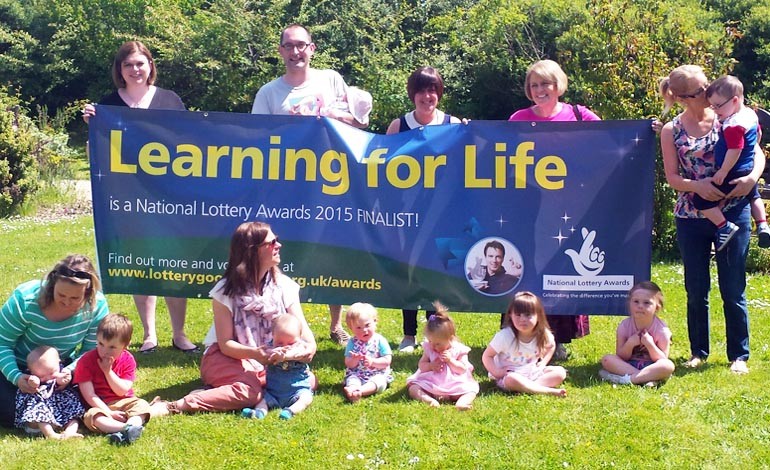 The Newton Aycliffe-based Education Centre for Children with Down Syndrome (ECCDS) is appealing for local votes as it strives for nationwide acclaim on BBC One in this year’s National Lottery Awards for its Learning for Life project.

The project, based at the Pioneering Care Centre, Cobblers Hall, beat off stiff competition from 620 organisations to reach the public voting stage in this year’s National Lottery Awards – the annual search for the UK’s favourite Lottery-funded projects.

Learning for Life is competing against six other projects to be crowned the winner of the Best Education category.

Learning for Life helps children with Down syndrome overcome speech difficulties, problems with movement, literacy and numeracy and offers support to their parents.

Since its launch in 2005, the project has been delivering weekly and fortnightly educational development group sessions at three locations in Carers Way in Newton Aycliffe; Prudhoe and Hexham.

Maggie Hart from ECCDS says winning the prestigious National Lottery Award and having their work showcased on national television would be an honour:

“We’re delighted to have reached the finals of The National Lottery Awards,” she added.

“National Lottery funding has helped us to brighten the lives of young people with Down syndrome and their families.

“We are calling on all our supporters and local people to vote for us to be named the UK’s Best Education project.

“It would be a fantastic reward for everyone involved in the project to receive national recognition for their hard work and life-changing achievements.”

TV star and actor John Barrowman will be presenting the National Lottery Awards for the fifth time this year.

He said: “The exceptionally selfless work carried out by National Lottery Awards finalists never fails to astound me.

“Their work deserves to be celebrated nationally; the community spirit, social cohesion and compassion.”

To vote for Learning for Life, please go to www.lotterygoodcauses.org.uk/awards or telephone 0844 836 9687 and follow the campaign on twitter: hashtag #NLAwards.