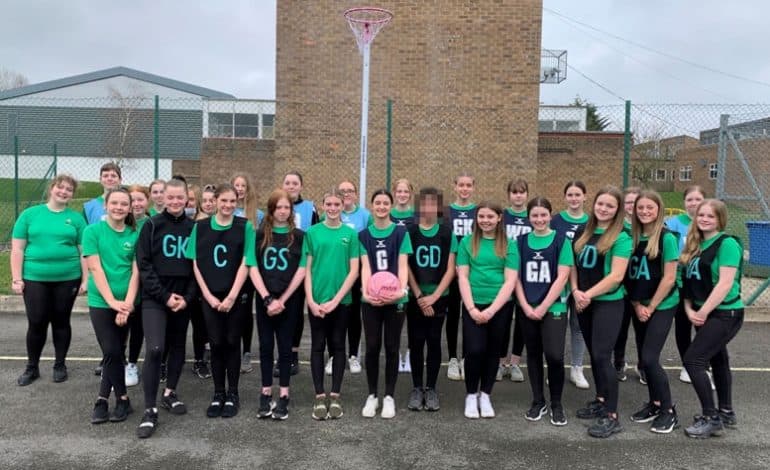 Their success has culminated in a bronze medal in the County Durham Sports Hall Athletics Competition held at Maiden Castle.

The girls had previously qualified for the county event after a successful qualification from the area competition.

On the day the girls were outstanding across many different events in both track and field and showed fantastic determination to produce many personal bests to seal their bronze medal. In fact, the girls only missed out on the silver by two points.

The success doesn’t stop there with Girls Cricket performing extremely well at the recent U13 Lady Taverners Cricket Competition.

Many of the girls were taking up the sport for the first time and consequently have seen an increase in participation in girls cricket as recently appointed PE teacher Laura Ellison has inspired many girls to play through her own success where she captains the North East Warriors Women’s team.

The range and depth to our extra-curricular programme has contributed to over 70% of pupils in Key Stage 3 being active in after school clubs.

Girls football attendance has accentuated this popularity where we have seen a huge increase in football where we have unprecedented levels of female players in the school football squads and further promotes Greenfields’s approach to inclusivity across sport.

“Netball has continued to be a strength at Greenfield and we have experienced high levels of attendance across multiple year groups despite curtailments of netball matches earlier in the year due to Covid-19,” says the school.

“Most recently we have welcomed local schools for match play and Greenfield showed their dominance in this sport where all teams were winners.

“The breadth of our PE and sport offer extends to additional leadership opportunities and many pupils have demonstrated a real love and commitment for these roles. In recent weeks we have held a primary netball and football festival at Greenfield through the GoWell team where our sports leaders were outstanding ambassadors for the school. Paul Donaghy, Competition and School Games Organiser said the girls were fantastic.

“Furthermore, Year 9 pupils were asked to take part in supporting the Active 30 Programme which aims to encourage young people to engage in regular physical activity in order to reach their daily goal of 60 minutes of physical activity.”