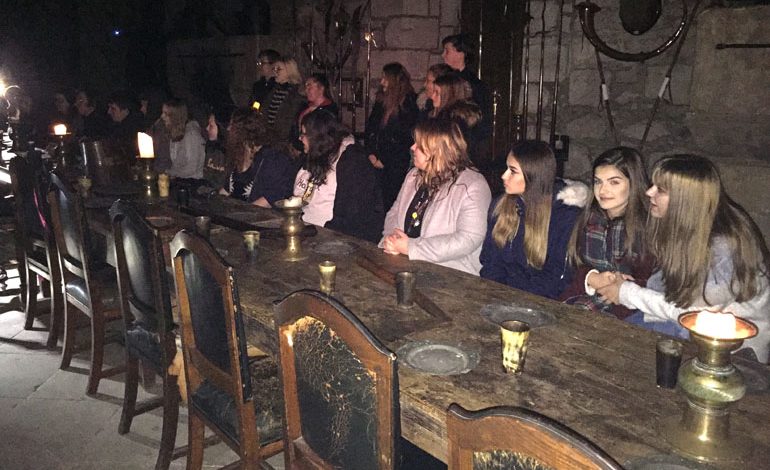 Students from Greenfield Community College were given the opportunity to sample the spirit of history as they visited the aptly named Chillingham Castle.

Staff and students visited the heritage site in Northumberland to take part in the infamous historical ghost tour.

It is reputedly the most haunted castle in England as many victims fell to the regular battles for the border between England and Scotland.

Unlike many school excursions the tour started in total darkness as the guide described the various ghostly sightings and the human remains within the castle walls.

Chillingham has been home to the Grey family since the 12th century and students learned about its historical significance as well as sampling the eerie atmosphere.

“This was an experience that the group of students will not easily forget as they continue their studies,” said the school.